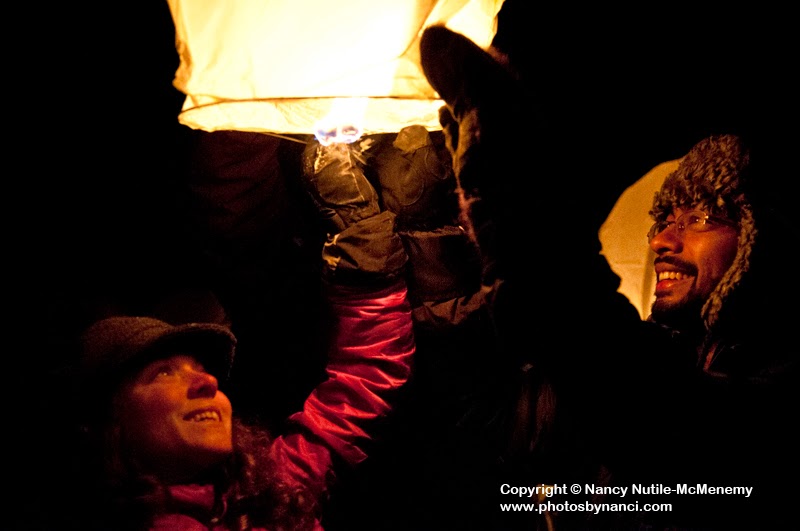 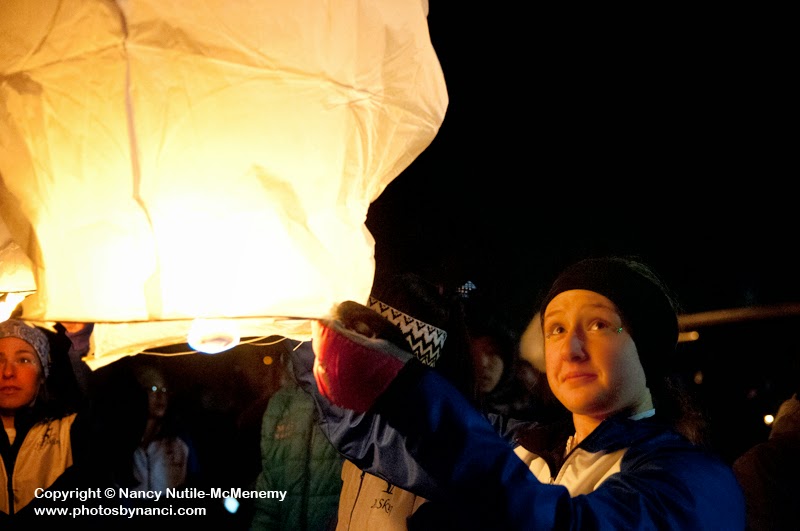 In a letter sent to the schools participating in the race, event organizers Campbell Boswell and Graham Melville, along with their Nordic Team Members, asked the schools to "make a resolution to foster a healthy academic and athletic environment in 2015." They went on to ask  "that you nurture a sense of community and positivity among your teammates and classmates. We ask that you work to embrace those around you through respect and kindness. We ask that you see beyond race, religion, and sexual orientation, ignoring prejudice and welcoming all as equals. Bullying, verbal or physical mistreatment, is an issue that is often ignored in the social circles of high school...We ask that you view bullying in a different light, as a national issue which plagues the halls of high schools across the country, yet a national issue which is easily remedied through the efforts of those willing to care."
Students from nine area schools gathered under the goal post and collected their lanterns, handed out by Boswell and Melville. After brief instructions the lanterns were assembled and the field and sky began to glow.

Images from the Nordic Race: http://photosbynanci.smugmug.com/VermontStandard/January-2015/WUHS-Nordic-Event/