Showing posts from 2013
Show all

A Few New Year's Eves From The Past...From Grace Potter to Bentley's Woodstock 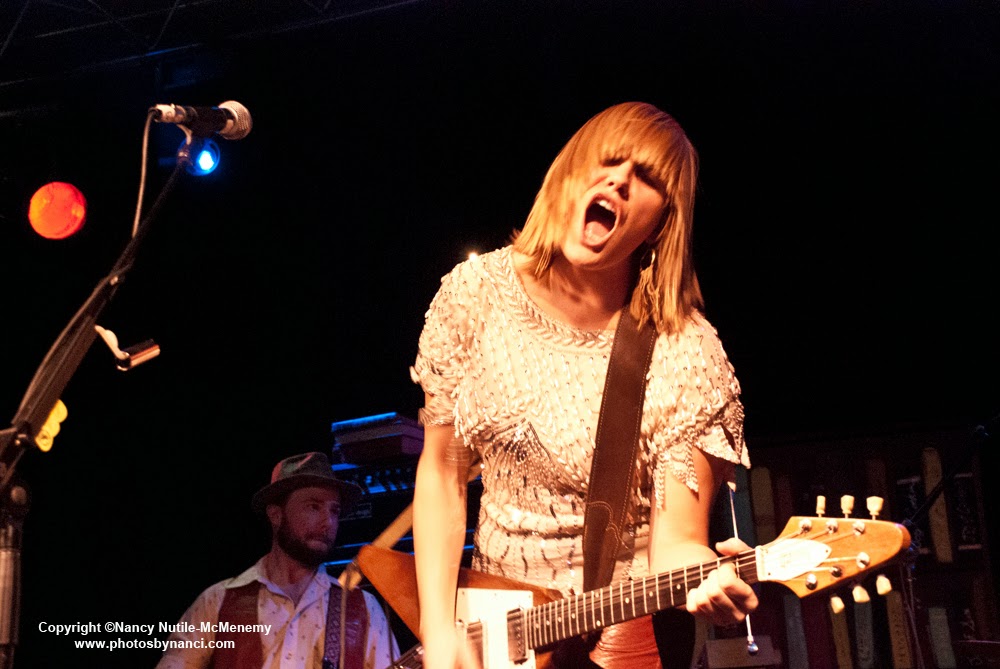 We used to spend our New Year's Eve with Grace Potter and the Nocturnals at Higher Ground in Burlington VT. The band would perform a regular set then perform a set in character from a movie of their choosing.

The Case of the Missing Mona 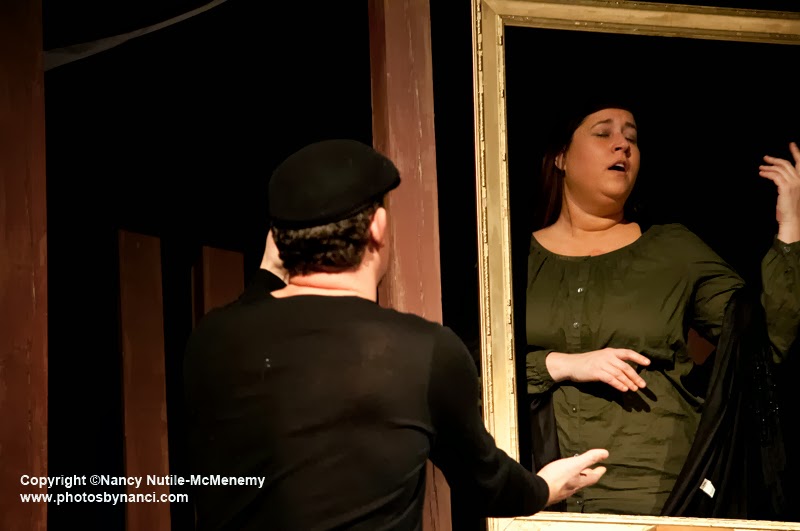 Thursday night, December 19, 2013, for one performance only, The Zack's Place Theatre Guild performed "The Case of the Missing Mona." The play was written, directed and acted by all the folks at Zack's Place, with a few cameos from community members. The plays centers around a Zack's Place fundraising gala held at the Museum of Fine Arts in BostonMassachusetts, where on loan from the  Louvre in Paris, the Mona Lisa is on display. After the gala, it is discovered that the Mona is missing.
The cast weaves their way through Boston looking for clues and slowly make their way back to the museum, where miraculously the painting has reappeared. But How? and Why? With the help of some famous Inspectors: Inspector Zackzoe, Detective Sarah and The Pink Panther the mystery is solved. "The Case of the Missing Mona" was the 7th musical presented by Zack's Place and one of their most creative. More performance images, click HERE

Our Christmas Eve Groaning Board 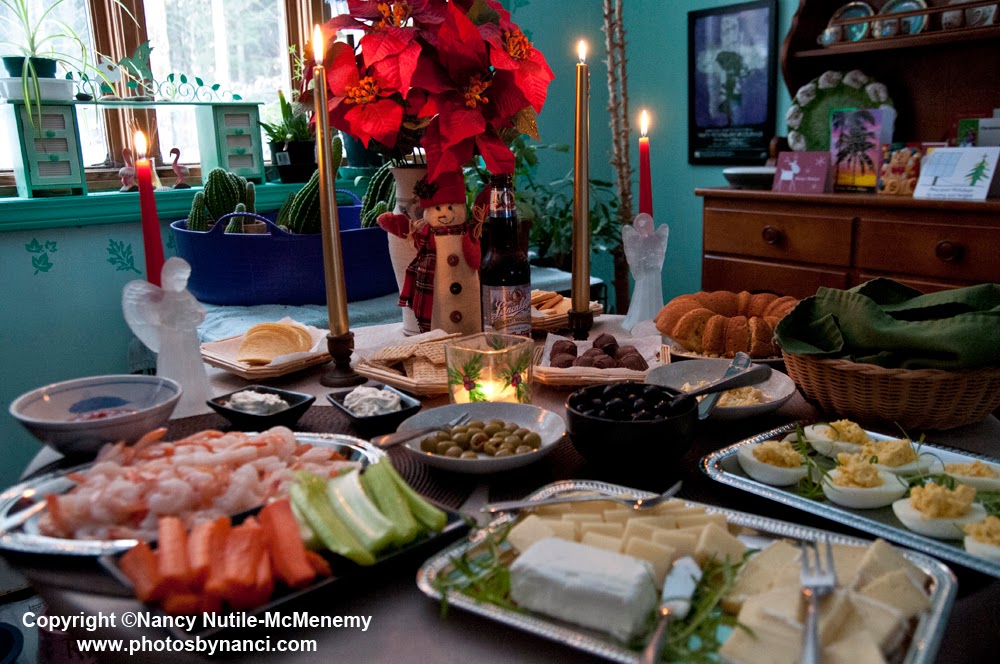 What's a Groaning Board, you say?

As a popular English idiom, “groaning board” simply means a dining table laden with a large amount of food. It is a feast of various foods served within a casual atmosphere.

The “groan” in “groaning board” (which dates back to the 17th century) refers, as you guessed, to the creaking and groaning noises produced by the wood of the table under stress by the weight of the food. The use of the word “board” for “table” was standard at the time, as tables for feasts were often literally long boards held up by trestles. This is the same “board,” by the way, found in the phrases “room and board” and “boarding house,” in each case referring to the inclusion of at least some meals in the deal. 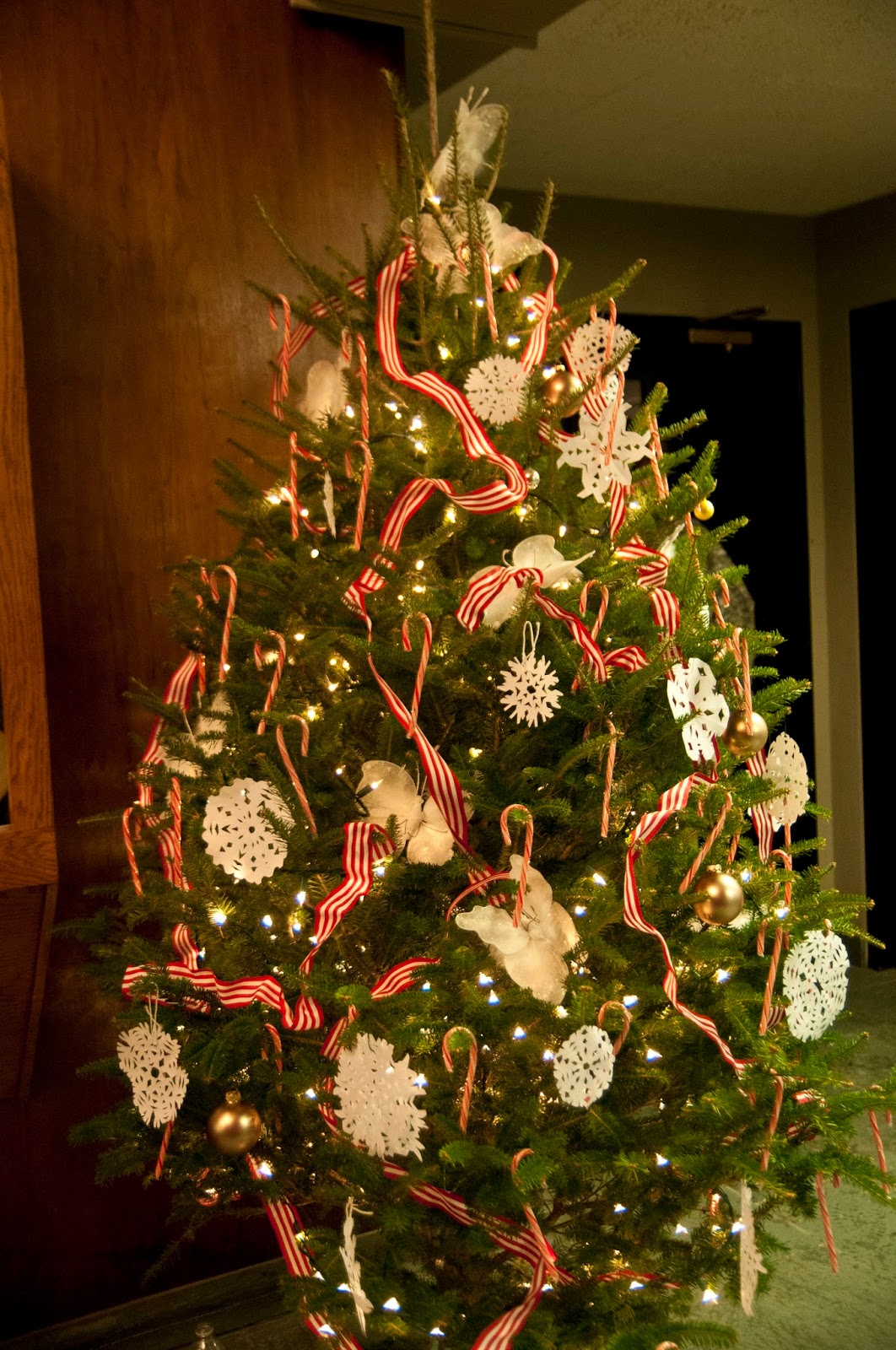 
Merry Christmas to all
And Happy New Year.
Photos by Nanci

Around the World in 80 Days with the Yoh Theatre Players 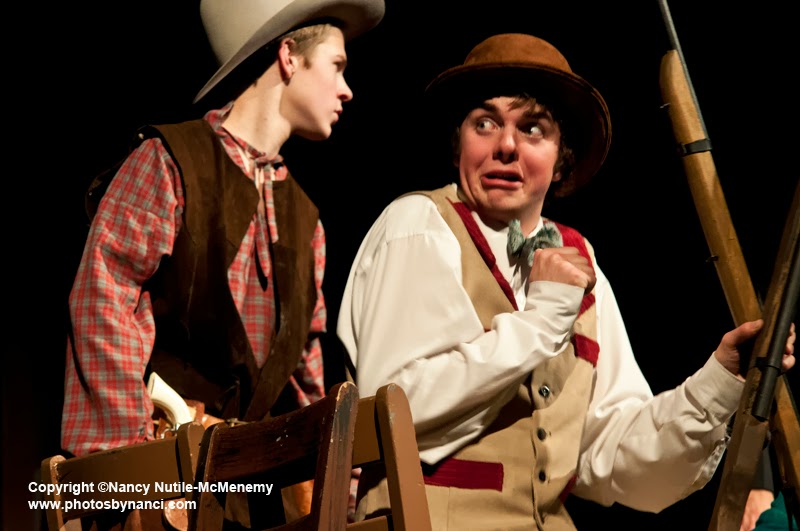 December 13, 2013 Woodstock VT
This past weekend the Yoh Players performed Mark Brown's adaptation of Jules Verne's "Around the World in 80 Days". The play takes place in the attic of a large New England house on Christmas Eve, 1872.

Alek Beaudoin takes on the role of the very proper Phileas Fogg, who wagers £20,000 (a staggering sum in 1872) that he and his newly hired manservant, Passepartout (the agile and quite comedic Brendan Geiger), can accomplish the trip. Beaudoin is perfect for the straight man in this comedy, so the more properly dignified he is, the better — and he is impeccable. But it is the supporting actors who get the chance to shine in plethora of strange roles.

New to the Yoh Players, Peter Vollers plays Detective Fix, a quirky London law enforcement officer who believes Fogg is an escaped bank robber and follows him on his trip almost every step of the way.
Aouda, the young Indian widow whom Fogg and Passepartout save from death as a suttee, Lily D…
Read more

Candlelight Vigil, Wassail Weekend, Around the World in 80 Days and more! 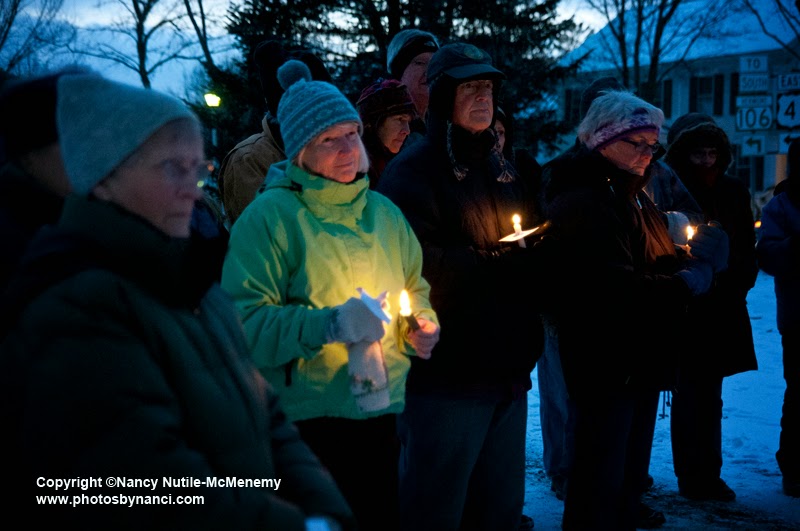 The weekend began on a somber note Thursday evening with a Candlelight Vigil sponsored by GunSenseVT remembering the victims of the Sandy Hook Tragedy.
Images are posted HERE.


Woodstock Vermont hosted its 30th Annual Wassail Weekend with events packed into every day Friday the 13th through Sunday the 15th!

Friday kicked off the Wassail Weekend and I visited the North Pole! The Woodstock Little Theatre was transformed into Santa's village by the Woodstock Recreation Center. Lots of activities for kids, even a chance to visit with the Jolly Old Elf himself.
Images are posted HERE.

Next up was a trip "Around the World in 80 Days" The Yoh players performed the Mark Brown interpretation of the Jules Verne's classic adventure.
Images are posted HERE.

Saturday December 14th was jam packed with events happening all day and night around Woodstock Vermont.

Holiday Craft Fairs and Bazaars in Full Swing-Support Your Neighbors! 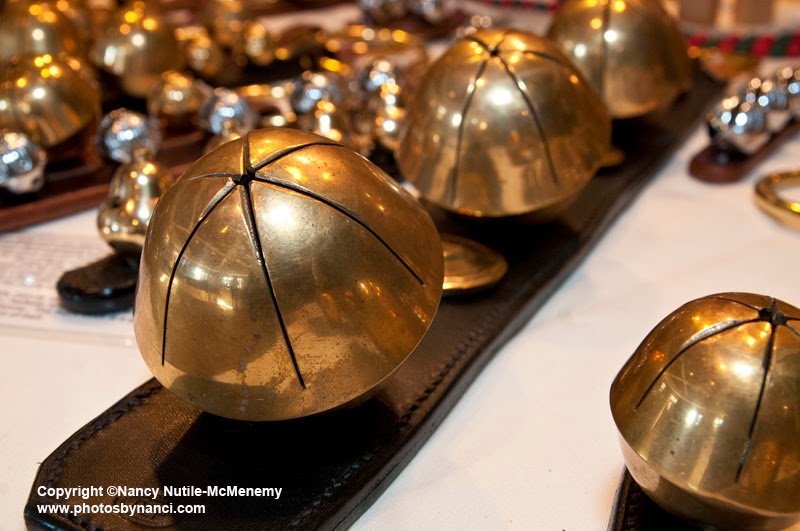 Local Holiday Craft Fairs and Bazaars are in full swing now. Just in time for Holiday shopping.  Support your friends and neighbors by purchasing a special hand crafted gift for your loved ones.

Photos By Nanci covered many of these events for The Vermont Standard.

Saturday November 30, The Woodstock Inn and Resort hosted their Annual Craft Fair.
Images from that events are posted here.

Last weekend saw many craft fairs, a bell ringer concert, an open house and even a visit from Santa. If you couldn't make it out to visit some of these events sit back and click your way through my galleries to see what you missed.

The Saxton's River Bell Ringers hosted a Holiday Concert at the Ascutney House in Ascutney VT on Thursday December 5 at 7 pm. The event was hosted by the Weathersfield Proctor Library. Images are posted here. 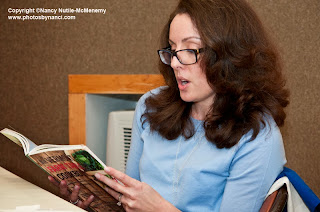 The Weathersfield Proctor Libraryinvited Vermont Author Tracey Medeiros to Martin Memorial Hall in Ascutney Vermont for a community pot-luck supper inspired by her most recent publication "The Vermont Farm Table Cookbook" (The Countryman Press, May 2013.)

Medeiros is a freelance food writer, food stylist, and recipe developer and tester. She writes a weekly food column for the Essex Reporter and Colchester Sunnewspapers and writes the "Edible Farm" column for Edible Green Mountains Magazine. Medeiros is also the author of "Dishing Up Vermont" (Storey Publishing, 2008).

Library patrons were asked to try a recipes from Medeiros' cookbook for the potluck. The table of dishes included:
Applesauce Cake page 198-199 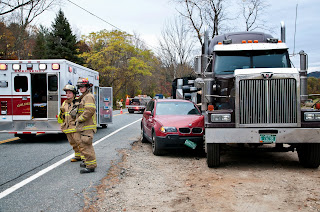 West Weathersfield , Vermont October 14, 2013
A woman from Weston VT was traveling south towards Downer's Four Corners on Monday October 14 when she had "some kind of medical event" according to Weathersfield Police Officer Jen Hutchins, who was first to respond and was investigating the accident. The woman driver said she has just come from her doctor's office and was asked before leaving if she was OK to drive. She told the doctor she was.

Officer Hutchins said the woman and her dog, a yellow lab named Katie were both uninjured and the woman refused ambulance transport.

Two witnesses visiting the area for foliage season from Switzerland and Germany were traveling behind the red BMW when it appeared the "woman fell asleep" and drove into the parked logging truck owned by Jim Cloud of Reading VT.


Cloud said he and his crew were across the street working on a job site when they heard "this scrapping and load crash sound."
More images: Photos by Nanc…
Read more 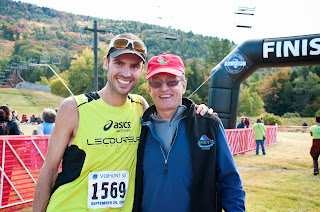 September 28-29, 2013
Photos and Story by Nancy Nutile-McMenemy
This past weekend Brownsville VT increased its population by about 3000 when the Mountain Bikers, Ultra-Runners and their families came to town for the 20th Annual Vermont 50 Mountain Bike or Ultra-Run Race. Founded in 1993 by Brownsville's own Laura Farrell, the race has steadily increased its participants seeing the largest field of athletes this year.

The race weekend began on Saturday at Race Registration; there was a vendor fair, free ice cream purchased by the Vermont 50 and scooped by Woodstock's The Lazy Cow Vermont; three Free Kids Races 1/2 mile, 1 mile and 5K; a treasure Hunt for the littlest race fans. A Pre-Race Pasta Dinner was hosted by Orange Lakes at the Harvest Inn at Ascutney Mountain Resort.
On Sunday over 1300 bikers and runners took to the trails beginning at 6 am. They biked or ran 50 miles or ran 50k to the finish line on the mountain. Waiting for them at the finish line was a delicious me…
Read more 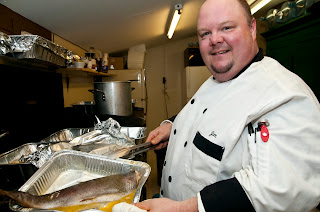 Saturday night was the night, The Coon Club was the place and the food and friends were the highlights. Chef Jim Theetge from Springfield VT is the Coon Club Head chef, he also works at Simon Pearce, and the food he prepared tonight was just delicious.

From the roasted moose and venison
to the mixed Meat-Balls
to the baked trout.
In additon to the yummy supper, there was a 50/50 raffle And a live auction If you are looking for a family friendly way to spend a Saturday night in late summer/early fall, mark you calendars for next year's supper.
More Images from the Game Supper: Photos by Nanci *****************************
Follow Photos By Nanci at:
photosbynanci.com
Photos by Nanci Blog
SmugMug Galleries
YouTube
Twitter
Facebook
Read more
More posts