Showing posts from February, 2011
Show all

Listen: Downtown Train By BRIAN McCOLLUM DETROIT FREE PRESS POP MUSIC WRITER Bob Seger fans got a present today. With a new tour and album around the corner, the Detriot rocker this morning delivered his first new music in more than four years: a cover of Tom Waits’ “Downtown Train.” It’s classic soulful Seger, gritty and soaring at once, a guitar-and-piano band arrangement that deftly channels the song’s yearning mood. Seger’s rendition of the much-covered Waits song was in the works for more than two decades. He first cut the song in 1989, four years after Waits’ original, but chose to shelve the recording when Rod Stewart and Jeff Beck beat him to the streets with a version that wound up in Billboard’s Top 10. Read more ....
Read more 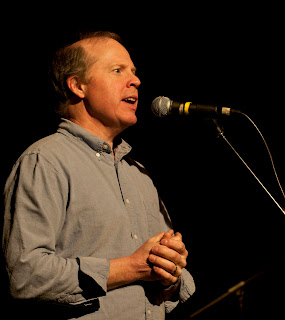 by Nancy Nutile-McMenemy February 26, 2011 Twilight Music played host to contemporary folk singer/songwriter Anais Mitchell and folk/rock/classical quintet Darlingside Saturday February 26 at the Hooker Dunham Theater and Gallery in Brattleboro VT. Barry Stockwell, Twilight Music Series Down a little alleyway, surrounded by contemporary sculpture is the intimate Hooker Dunham Theater and Gallery. The venue holds 99 and was full Saturday evening. When you walk in you smell fresh brewed coffee and tasty homemade treats like cookies and brownies. While waiting for the doors to open you can browse the gallery exhibit which currently is showing Image - Imagination : Photographs by Bob Cantius and Paintings by Anna Bayles Arthur. Doors opened, folks settled and Barry Stockwell welcomed the crowd with news of upcoming shows and exhibits and briefly mentioned a new venue opening in Putney VT called "The New Stage" located in the United Church of Putney on Kimball Hill.
Read more

On Thursday March 3 at 7:30pm the Lebanon Opera House , Lebanon NH will host Acoustic Africa . One of Africa’s most exciting performers, Habib Koite plays music that reflects the diverse musical traditions of his Malian homeland. Accompanied by his band Bamada , Koite has released a number of successful and critically acclaimed albums and has appeared on The Late Show with David Letterman and in major magazines such as People and Rolling Stone . Over the past 10 years, Habib and his band have performed over 600 concerts for adoring audiences in far-flung locations such as Japan, Australia, Brazil and Kazakhstan. With their engaging stage presence and expert musicianship, Habib Koite and Bamada always put on a show to remember. Lovingly called “Tuku” , Oliver Mtukudzi began recording in the mid-1970s as a member of Wagon Wheels , a band that also featured Thomas Mapfumo . After Wagon Wheels rolled to fame in Southern Africa, Tuku formed Black Spirits , the band that has back
Read more 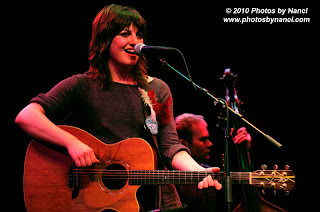 Anais Mitchell, Woodstock VT                Anais Mitchell will perform at the Hooker Dunham Theater and Gallery Saturday February 26, doors at 7pm. Tickets are on sale $16 General / $14 Students and Seniors Ticket reservations and info: 802-254-9276 The performance is presented by the Twilight Music Series. Anaïs (“uh-NAY-iss”) Mitchell writes songs that are "as intimate as conversations and as rich in detail as short stories. The daughter of “hippie back-to-the-landers” whose father was a novelist and English professor, she remembers her family’s home (another farmhouse in the same state) containing “a library full of novels, and lots of old folk and psychedelic rock albums. The books and the records all lived in the same room, which I am sure led to me thinking of songwriting as a kind of literature, a noble poetic enterprise.” (from her website). She has been on the road around the US and in Europe promoting her epic Folk Opera Hadestown but this Brattleboro perfo
Read more 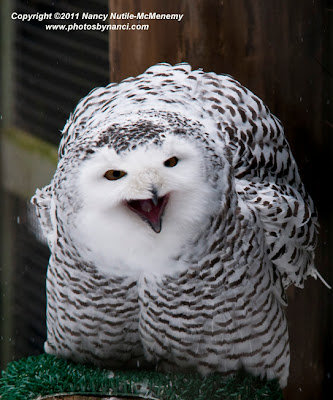 Story and photos by Nancy Nutile-McMenemy February 19, 2011 Vermont Institute of Natural Sciences , Quechee VT On a blustery Saturday in February a few brave souls made their way to the Vermont Institute of Natural Science (VINS) in Quechee VT for the 2011 Owl Festival. Whoooo's living in our backyards? Can owls see in the dark? Do they make noise when they fly? Do they hunt by sight or sound or both?? These questions and more were answered last Saturday February 19 at the Owl Festival hosted by VINS. With the very heavy snow pack this year, owls are having a hard time locating food. As a result, more people are seeing owls in their backyards, hanging around their bird feeders looking for the feeder visitors such as small birds and rodents that go after the fallen seed. Katie Koerten, Wildlife Services Intern at VINS, talks to the crowd about the Great Horned Owl, who we learned isn't horned at all but is feathered! Whoooo knew! The crowd was also introduced t
Read more 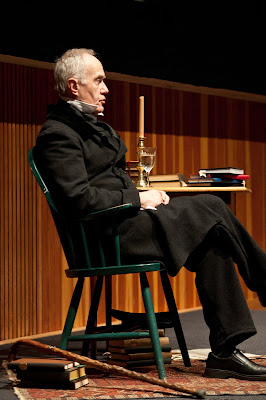 Story and photos by Nancy Nutile-McMenemy February 21, 2011 Billings Farm and Museum , Woodstock VT On President's day, February 21 2011, Woodstock VT was lucky to get a visit from our sixth President, John Quincy Adams (JQA) aka Jim Cooke . JQA was born July 11, 1767 and died on February 23, 1848 (163 years ago!). Cooke brought his portrayal of  JQA , John Quincy Adams: A Spirit Unconquerable to the Billings Farm and Museum. The event was free and the theater was packed. The audience was welcomed to the former President's final portrait sitting. Cooke reads from the diaries of JQA aquainting the audience with an intimate look at the last ten years of the President's life. Of interest to this photographer, Adams sat for the earliest confirmed photograph still in existence of a U.S. president in 1843. The original daguerreotype is in the collection of the National Portrait Gallery of the Smithsonian Institution. When JQA and family visited N
Read more

Grace Potter and the Nocturnals SELL OUT HOB Boston! 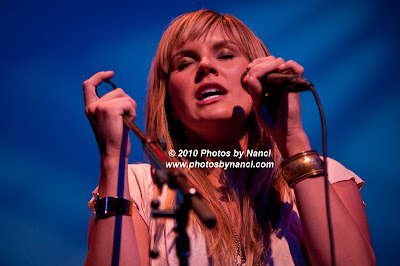 Copyright ©2010 Nancy Nutile-McMenemy www.photosbynanci.com Grace Potter and the Nocturnals return to the House of Blues in Boston MA on March 25, 2011 for an all ages show starting at 8pm, doors at 7pm. The last time the band played this venue they were giving tickets away to anyone showing a stub to the Red Sox game that was played at Fenway Park earlier in the day. I guess this band of five from Vermont is truly climbing the ladder to rock star status. They've gone from small Vermont venues to national TV appearances to selling out HOB Boston. And it's not just Boston that has sold out, most of the dates on their current tour have sold out. The shows in Florida still have tickets available but I'm sure word will spread south and these few remaining tickets will be gobbled up. As for folks in the Boston area that were waiting to get tickets to HOB thinking "they didn't sell out last time, I'll just wait till March to score my tickets." Sorry
Read more

Lyle Lovett and Kevin Schwantz are riding for a reason! 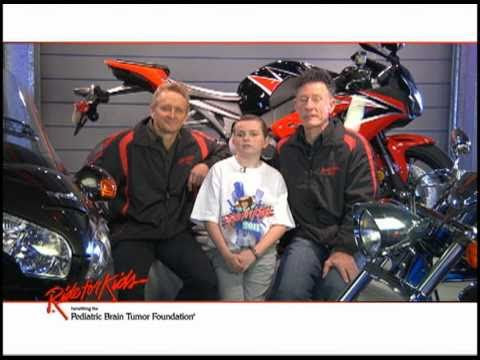 Lyle Lovett and Kevin Schwantz are riding for a reason! They star in the new PSA for the Ride for Kids ®, benefiting the Pediatric Brain Tumor Foundation®. www.youtube.com/watch?v= WcIBoiVZcpw
Read more

Courtesy Photo bobseger.com Rock Legend and Hall of Famer, Bob Seger and the Silver Bullet Band are hitting the road "to major cities across North America" starting in March, the first tour since 2006-07. Cities are being announced on a day to day basis and the ones already on sale have SOLD OUT in minutes. Most recently announced are Toronto, Atlantic City, Atlanta, Nashville; to check all the dates and to keep watch for your city follow the Seger Tour Page . Still no east coast dates announced and those of us here, we are freaking out waiting for the chosen venues to be announced.
Read more 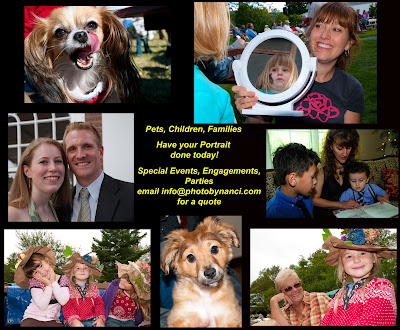 Book your Portrait Session Today! email info@photosbynanci.com for a quote today! Let me create images of your personal events. Engagements Anniversaries Special Birthdays Graduations Bar and Bat Mitzvah Christenings, First Communions, Confirmations Henna Parties Any event that you host, I can photograph for you!
Read more 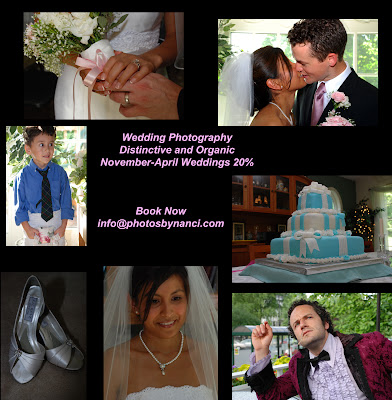 Book your Wedding Photographer NOW! Spring and Summer dates are filling up. email: info@photosbynanci.com for a quote today!
Read more

Oh boy is it really time to play?? Soon we'll be seeing all the hometown boys arrive too. NESN coverage begins Sunday Feb 13. Thanks for the updates Fenway Fruitgirl
Read more

Are you ready for some football...watch this first Bill Maher's Take on the Superbowl

Now get your team shirts on and sit your butts in front or your Super Hi Def, Wide Screens and enjoy the game!!
Read more
More posts