Showing posts from October, 2011
Show all

Spiritualism in Vermont with Joe Citro 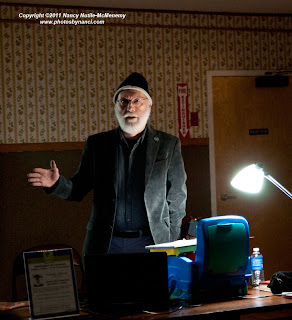 Joe Citro Spiritualism in Vermont: Religion, Politics and the Preternatural Presented by Joe Citro , A Vermont Humanities Council Sponsored event. October 19, 2011 Martin Memorial Hall Ascutney VT Hosted by the Weathersfield Proctor Library Library Director, Amity Aldridge DeAngelis introduces Mr. Citro On a dark and rainy Vermont evening, 25 adventurous Weathersfield souls made their way to the basement of Martin Memorial Hall in Ascutney VT to hear about the history of Spiritualism in Vermont. Spiritualism was very popular in the United States in the 19th Century. Many traveling lecturers brought the works of mediums to all corners of the urban and rural regions of the US. In May of 1844 Samuel Morse invented Morse Code and typed out " What hath God wrought" according to Joe Citro, "Four years later, Spiritualism!" Citro explained that Spiritualism moved from being a fade to a religious movement to a religion in America on the late 19th century. This
Read more 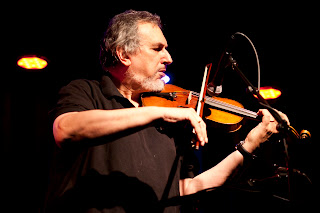 David Bromberg and his quartet are on the road promoting their new CD "Use Me". The crew rolled into White River Junction for a show at Tupelo Music Hall . (As one of the younger audience members, I was impressed by the turnout of the Upper Valley "experienced" music lovers.) The follow up CD to the Grammy nominated "Try Me One More Time" was recorded in a unique manner, Bromberg recruited friends to write, produce and perform songs tailored to Bromberg's style of vocals and guitar. From Bromberg's website: "Answering David’s call were well-known artists from the many genres comprising the amorphous “Americana” musical category. Representing contemporary rootsy singer-songwriters: John Hiatt , the first musician Bromberg approached, who penned the pensive “Ride On Out a Ways” for him; for New Orleans “fonk,” Dr. John ; there’s three-guitar jam band interplay with Widespread Panic and jug band music with Levon Helm (the sprightly “Bri
Read more 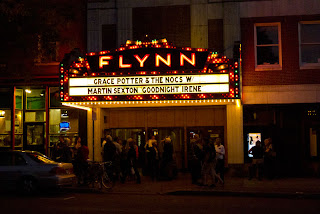 Grace Potter and the Nocturnals performed a benefit concert last night October 9, 2011 at the historic Flynn Theatre in Burlington VT. In addition to the concert the band is hosting an online auction with some pretty awesome stuff. The auction can be accessed at http://stores.ebay.com/goodnightirenebenefit .  The concert was also be aired live on Vermont Public Television and was available for streaming on VPT.org . The concert included guests The Logger, Rusty Dewees and Martin Sexton . Martin Sexton Grace and crew played two hours of kick-ass rock and roll for the sold out audience. You can continue to donate even after the concert is in the archives, as funds will be need for a long time to help our friends and neighbors and Vermont's Farmers. The Vermont Community Foundation is a good place to put your money. You can donate directly to them DONATE . Do want you can to help out Vermont!! More concert images can be viewed at: Photos by Nanci/SmugMug More GPN images m
Read more 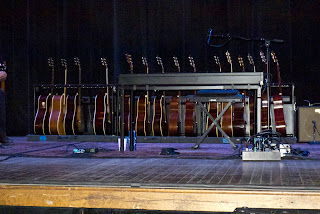 17 guitars, no set list and Jackson Browne on stage.  What a wild ride it was last night in Albany NY. Browne played before a fairly full Palace Theatre Monday Night October 3. With no set list, the crowd shouted song suggestions prompting Browne to tell stories from the past that had the audience leaning forward in their seats for more information. He covered the late Warren Zevon's "Mohammed's Radio" and Steve "Little Steven" Van Zandt's "I Am A Patriot" Early in the show, during the crowd shouts, Browne said "usually folks ask for either 'Rosie' or 'For a Dancer' should I play both?" More Jackson Browne photos may be viewed on my archived page: http://www.photosbynanci.com/JacksonBrowne2009.html
Read more

Anais Mitchell and the Hadestown Orchestra 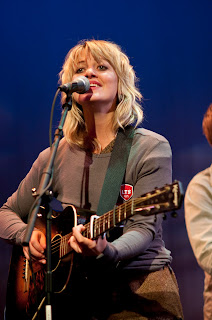 Anais Mitchell Anais Mitchell and the Hadestown Orchestra performed a benefit concert for the Long Trail School in Dorset VT on October 1, 2011. The audience was treated to the folk opera in its entiretiy, played in sequence to tell the tail of The Orpheus Myth. Michael Chorney   Blogcritics says "It's a musical opera that's unlike any opera you've ever witnessed. It's Indie Rock mixed with Dixieland. It's Homer's Odyssey as performed by Pink Floyd." And Folk and Acoustic Music Review says, "When 98% of what passes as music today lacks even the remotest twinge of an idea, thought, emotion or worse  heart  Hadestown and Anais Mitchell deserve all the listeners and accolades we can give." Anaïs Mitchell's Hadestown tells the story of the ancient Greek myth of the poet Orpheus and his doomed quest to rescue his love Eurydice from the Underworld. But in Mitchell's hands, the familiar saga is reimagined as unfolding i
Read more
More posts