Showing posts from March, 2013
Show all

Grand Tour of Italy Day 1 and 2

I've always wanted to visit Italy. It is the home of my paternal Grandfather, Vincenzo "Jimmy" Nutile son of Pelligrino Nutile and Emanuella "Eva" Rocci. Vincenzo is on the far right He was born February 5, 1883 in Lapio Province of Avellino, Region Campania Italy.   He arrived in the USA in 1884. Lapio is an agricultural center in the heart of Irpinia, in a valley on the left bank of the Calore River. It's name comes form the adjective lapideus, meaning "stony" and is mentioned in a document of 894 AD. Since the year 1000 the town followed the events linked to the Filangieri Family, who owned the land for about seven centuries until 1806, the year when feudalism was abolished. A visit to Italy has been on my bucket list. Jay and I started talking seriously about a trip last October but waited until this February to book. We checked out many tour groups but Go Ahead Tours was the only one to offer close to what I wanted to see and do w
Read more 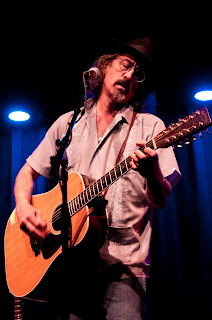 James McMurtry  played back to back nights at Tupelo Vermont in White River Junction VT and T upelo NH in Londonderry NH March 8 and 9. Both shows SOLD OUT. Friday in Vermont: Down Across the Delaware/Red Dress/Rachel's Song/Hurricane Party/You'd A Thought/Choctaw Bingo/(New song about ice fishing)/Ruby and Carlos-aborted/How Am I Gonna Find You Now/YouGot To Me/Can't Make It Here/Levelland/Restless/Peter Pan/These Things I've Come To Know. During Choctaw, he called people up on the stage and ended up with about a dozen-it's a lot bigger stage than Londonderry. One guy moved his guitars and opened his water bottle and drank it. Rowdy but not a real problem yet and James encouraged them big time. Then during Ruby and Carlos someone yelled "we should have all been so lucky" just before James was going to sing it. He stepped back, strummed his guitar a bit, sang the line, stepped back and played some more guitar and then just stopped saying he lo
Read more 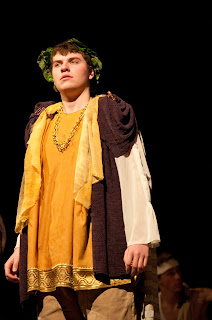 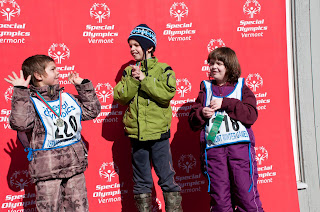 The  Special Olympics  Winter Games Weekend happened this past weekend in Woodstock VT. The Woodstock Inn  hosted many of the athletes and their families. The Inn was also the site for the Winter Games Dance on Saturday evening. Suicide Six Ski , Pomfret VT hosted the Olympic Village and all the cross-country, snowshoeing and alpine events. More images from the Special Olympics: Photos by Nanci SmugMug Follow Photos By Nanci at: photosbynanci.com  Photos by Nanci Blog SmugMug Galleries YouTube Twitter  Facebook
Read more 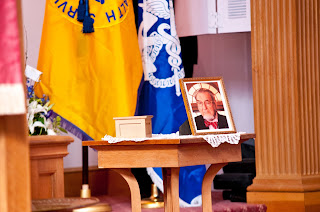 Saturday at the First Congrational Church of Woodstock VT, hundreds turned out to honor Surgeon General C. Everett Koop who died on February 25, 2013 at his home in Hanover NH at the age of 96. In attendance were his family members including Cora Hogue whom he married on April 17, 2010. She was a former staff member of Tenth Presbyterian Church in Philadelphia. Representing President Barack Obama was current Surgeon General Regina Benjamin , she presented a flag to Mrs. Koop. More Dr. Koop Memorial Images: Photos by Nanci SmugMug Follow Photos By Nanci at: photosbynanci.com  Photos by Nanci Blog SmugMug Galleries YouTube Twitter  Facebook
Read more 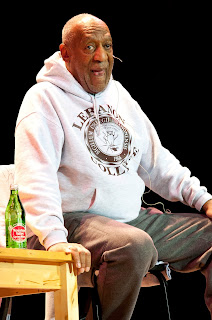 Bill Cosby  brought his unique sense of humor and comedy to the  Lebanon Opera House  on Friday night March 8. Tickets went on sale months ago and even though the prices were some of the highest offered by the Opera House (up to $150 per ticket) the show sold out the day it went on sale, very quickly.  The lucky 830 patrons got hear Dr. Cosby pontificate about various subjects including a few jokes about New Hampshire's "Pay Me Now or Pay Me Later" license plate or is it "Pay Me Now and Die?" said Cosby. The full house was laughing most of the night. Upon arriving in the Upper Valley, Dr. Cosby gave the President of Lebanon College a call and invited Dr. Ronald Biron and his family to attend the evening's performance. Dr. Biron gave Cosby a sweatshirt from the college which Cosby proudly wore during his show. The Biron family got to watch  Cosby from the best seats in the house, the side of the stage! Prior to performing his SOLD OUT Upper
Read more

Americana At Home with The Buskers and Sweetgrass 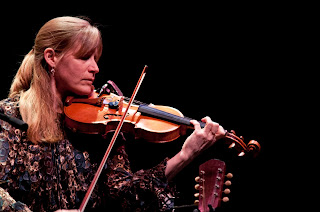 The Lebanon Opera House  " @  Home" Free music series continued last night March 7, 2013 with  The Buskers   and Sweetgrass in Americana @ Home. The @ Home Series, a series of free performances by regional artists sponsored by  Lebanon Opera House ,  Citizens Bank ,  Lebanon Rec Department  .  The Buskers  tap the street music tradition for which they are named, then go far beyond, with serious musicianship, a sense of humor and energy to burn. The band first met at an open mic in Bristol, NH in 1993.   Kathy "KZ" Sommer, who now lives in northern New York, plays acoustic and electric violins and mandolin with high energy, genre-defying abandon.    Craig Jaster (piano, bass, accordion, percussion) taught jazz piano at Plymouth State University from 1999-2004 and has performed with a number of jazz artists including Delfeayo Marsalis, Philip Hamilton, and the late Big Joe Burrell.   Paul Hubert (guitars, harmonica) has performed extensively as a s
Read more 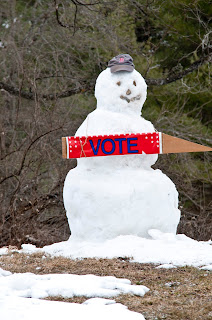 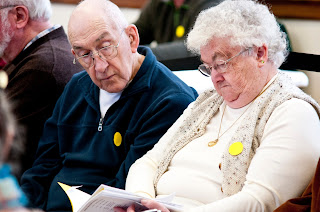 The residents of West Windsor gathered at Story Memorial Hall on Tuesday morning March 5 at 9 AM. They gathered to particiapte in a time-honored tradition on Vermont Town Meeting. The hall was packed but this reporter thinks even at 9 AM town folks were thinking about adjourning for lunch next door at the church. More images: Photos By Nanci SmugMug Copyright ©2013 Nancy Nutile-McMenemy www.photosbynanci.com For The Vermont Standard: http://www.thevermontstandard.com/ Image Galleries:  http://thevermontstandard.smugmug.com/ Follow Photos By Nanci at: photosbynanci.com  Photos by Nanci Blog SmugMug Galleries YouTube Twitter  Facebook
Read more 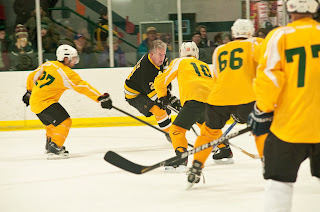 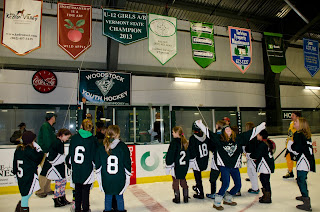 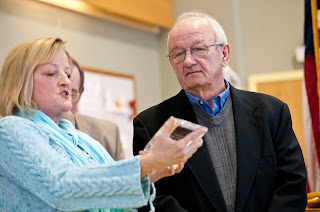 The Town of Reading honored Robert Allen at their Annual Town Meeting on Saturday March 2. Robert has volunteered his services with the town for 40 years. He was first elected as a Selectman in 1973. More images: Photos By Nanci SmugMug Copyright ©2013 Nancy Nutile-McMenemy  www.photosbynanci.com   For The Vermont Standard:  http://www.thevermontstandard.com/   Image Galleries:  http://thevermontstandard.smugmug.com/ Follow Photos By Nanci at: photosbynanci.com Photos by Nanci Blog SmugMug Galleries YouTube Twitter Facebook
Read more 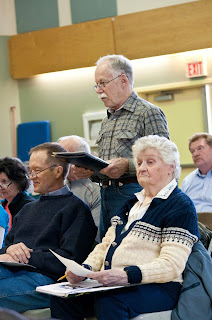 Reading VT Town Meeting  The Reading VT Town and School District Annual Meeting was held on Saturday March 2. Reading is one of a few towns that still conduct their Town Meetings by voice vote rather than Austrian Ballot. The voters were called to decide on twenty town Articles including Article 6 appropriating $531,755 to be raised by taxes for the Selectmen’s Budget. On the school side, voters were asked to appropriate $898,120 for the next school year. More meeting images: Photos By Nanci SmugMug Copyright ©2013 Nancy Nutile-McMenemy  www.photosbynanci.com   For The Vermont Standard:  http://www.thevermontstandard.com/   Image Galleries:  http://thevermontstandard.smugmug.com/ Follow Photos By Nanci at: photosbynanci.com Photos by Nanci Blog SmugMug Galleries YouTube Twitter Facebook
Read more 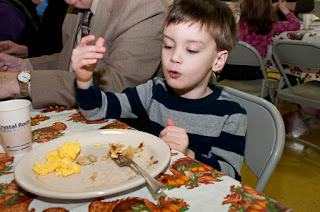 RFD Ladies Auxiliary Host A Pancake Breakfast   The Reading Fire Department Ladies Auxiliary hosted an All You Can Eat Pancake breakfast prior to the Reading Town Annual Meeting on Saturday March 2. About 50 people attended from 8 AM until the Town Meeting Start of 10 AM. The menu included pancakes with maple syrup, eggs, bacon, sausage, coffee and juice. The voters in attendance had full bellies and were ready to face the twenty town articles and the Elementary School Budget meetings. More images: Photos By Nanci SmugMug Copyright ©2013 Nancy Nutile-McMenemy  www.photosbynanci.com   For The Vermont Standard:  http://www.thevermontstandard.com/   Image Galleries:  http://thevermontstandard.smugmug.com/ Follow Photos By Nanci at: photosbynanci.com Photos by Nanci Blog SmugMug Galleries YouTube Twitter Facebook
Read more 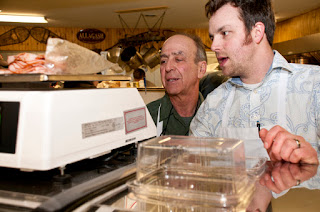 Singletons' open a second store,  this one on Rte 4 in Quechee VT! Singletons first store has been in Proctorsville for decades. The owners decided to expand and build a new facility in Quechee. The store had a "soft" opening Friday March 1. The owner told this reporter that a GRAND opening is in the works, maybe in a couple of months when the "kinks" are worked out! The store is bright and stocked full of local products at very reasonable prices. The deli counter will be a highlight in this new venture...the signature sandwiches are to die for! More images from the opening: Photos By Nanci SmugMug Singletons Opens Quechee VT March 1, 2013 Copyright ©2013 Nancy Nutile-McMenemy  www.photosbynanci.com   For The Vermont Standard: http://www.thevermontstandard.com/   Image Galleries: http://thevermontstandard.smugmug.com/ Follow Photos By Nanci at: photosbynanci.com Photos by Nanci Blog SmugMug Galleries YouTube Twitter Facebook
Read more
More posts