Showing posts from February, 2017
Show all

Bye, Bye Brisbane and Australia. Time to Return to Vermont! 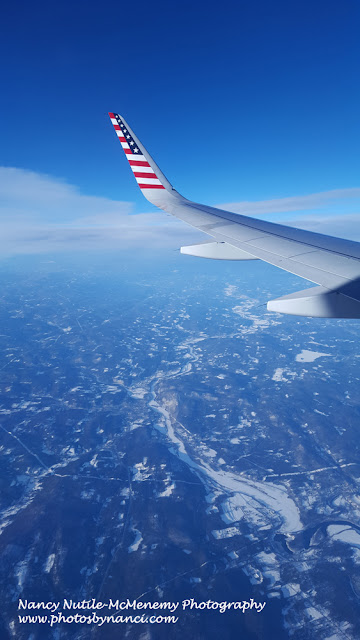 Friday February 17, 2017 Brisbane QLD Australia Vermont USA G'Day mates, we're heading home. Today is our last day in Australia. I'm sad to be leaving this AWESOME country but I miss my dog and my bed. We're up early and eat a big time breakfast in the hotel lobby. We grab our gear, check out and walk down the hill a ways to the taxi stand for our cab to the Brisbane International Airport. We're flying Virgin Australia to Los Angeles and the plane is pretty empty so we can stretch out for the 14 hour ride. We wave goodbye to the Gold Coast and the islands. And we're crossing the Pacific Ocean. I still can't wrap my head around us leaving Brisbane at 11:30 and arriving in Boston MA at 5:30 on the same day. And we're in the air for like 20 hours. Too weird. The food and drinks are plentiful and the in-flight entertainment keeps us up some, so we can try to regulate our sleep vs. awake time. I watch this GREAT movie called Red D
Read more 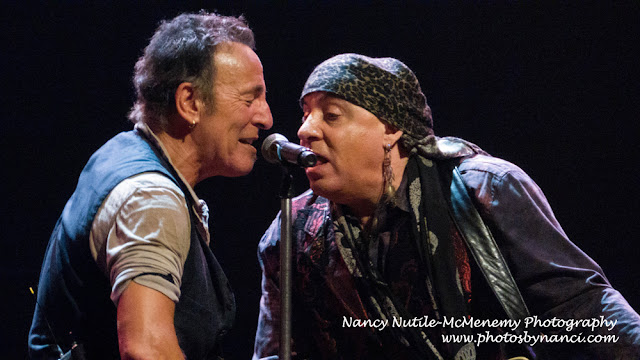 February 16, 2016 Brisbane, QLD Australia It's our last day in Brisbane. After breakfast in the hotel lobby we pack up our stuff and get things organized to head home on Friday. Around 12:30, our tummies are started to grumble so we walk down the hill to Mr. Edward's Alehouse for lunch. I know, we've already eaten there but the food and beers were so good. If I lived in Brisbane-this would be my go to place! Again, they were slammed with folks on their lunch break. We thought we had timed it to miss most of the lunch crowd but no such luck. I had the wild mushroom and chicken pasta and Jay had the swordfish. We are now properly fueled for night 2 of BRUCE! We hang in the room continuing to pack and organize for a early morning check out on Friday. At 3:30 we shower, change and head to the train station. We're a bit earlier tonight and closer to the door in the pit walk up line. We see some familiar faces from the first night and meet some really nice peop
Read more 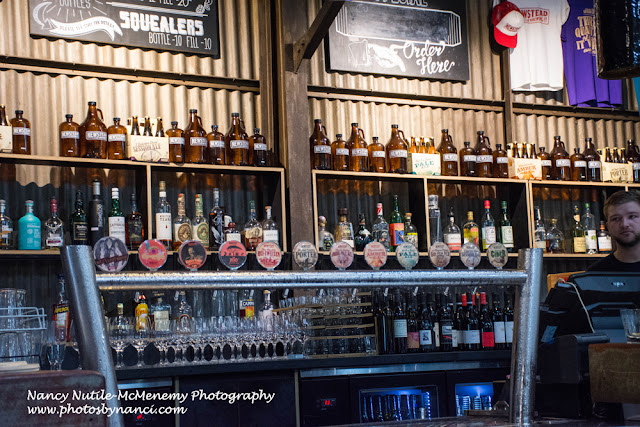 February 15, 2017 Brisbane Australia We slept later after our night with Bruce standing for 3+ hours in the pit. We even almost missed breakfast. We jumped out of bed and ran down stairs with only minutes to spare. Jay's been checking out craft brewery tours online for either a half or full day adventure. They seem kind of expensive for what they are offering. We decided to create our own walking brewery tour. It's only about a 40 minute walk from our hotel so we're cool with doing that. It's hot but cloudy so the walk to Doggart St. isn't too bad. We first visit Newstead Brewery . The brewery is in an old building built in the 1940s. From their website: Newstead is the confluence of energy and ideas from three brewing perspectives. Mark Howes comes from a research background with a PhD in molecular bioscience. Home brewing got serious, instead of post-graduate studies, the beard was grown and so too was the brewery.  Jarrett Bravo hails
Read more 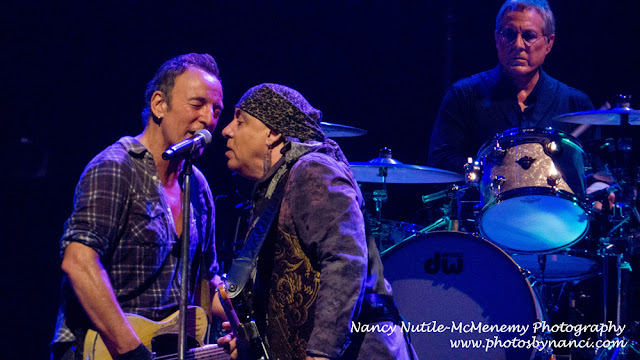 February 14, 2017 Brisbane Entertainment Centre Boondall QLD Australia It's Valentine's Day 2017 and we're in Brisbane Australia. What better way to spend the evening than to be standing in the pit for a Bruce Springsteen and the E Street Band show with Jay. What's a pit, you ask, well instead of seats in front of the stage, it's a standing room only floor-General Admission. The "pit" is run differently for Bruce in different countries. In Europe, they camp out for days in line. Here in Australia, they are doing roll call, where you show up, get a number and check back in at the designated times before lining up to get into the arena before the doors officially open. We opted for the "walk-up" pit line. Where you have a pit ticket but just walk up and line up, say an hour before the doors open. We want to spend some time seeing Brisbane, we didn't want to spend all day in a parking lot in Boondall. It worked
Read more 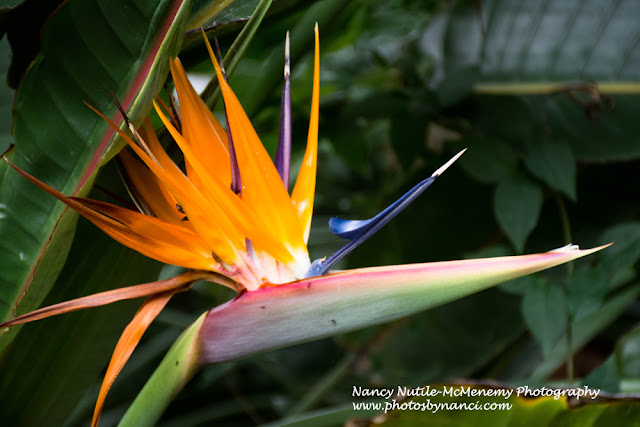 February 14, 2017 Brisbane, QLD Australia Woke up before the alarm. Looks a little gloomy outside and standing on the balcony it feels cooler after last night's rain. We had a lovely breakfast in the hotel restaurant before heading out to walk the City Botanic Gardens . We cross Wickham Terrace and trot down the red stairs to Edward Street. We follow Edward St. basically to the river. We walk along the outer rim of the gardens, a path that takes you along the river's edge. We get passed by folks running and biking and a few moms' with strollers. Somehow we took a wrong turn and end up in the River Stage Area, a natural outdoor amphitheater. A nice guy comes and lets us out through a security fence back into the Gardens but not before talking about some of the concerts they've hosted at this venue. He even says one of his mates is going to Bruce tonight too. This Garden is quite the oasis set between the river and the city's downtown. I can onl
Read more 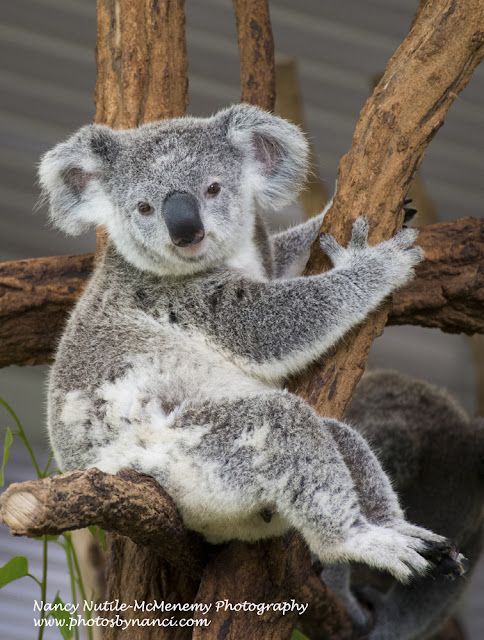 February 13, 2017 Brisbane, QLD Australia Monday morning in Brisbane, I'm up at 5:30 a.m. without an alarm. WHY? I check email and the weather back home-it's snowing again. It's supposed to be 89 F here in Brisbane with chance of thunderstorms later in the day. They need rain here. There are 80 fires burning in New South Wales right now. Fire danger is high to catastrophic. Today we're taking a river cruise to the Lone Pine Koala Sanctuary . Miramar Crusies makes daily trips on the Brisbane River to the Sanctuary and we thought it would be fun to see the river and koalas in one trip. We cross over the river via the Kurilpa Bridge, a walking and cycling bridge. Our ferry is docked at the Culture Centre Pontoon near the State Library. The Miramar II is departing at 10 a.m. and we head out onto the river. We get a recorded commentary as we make our way down the river. Explaining about the various neighborhoods along the river and the devastating flood they
Read more
More posts