Showing posts from May, 2010
Show all

Peter Wolf on the Prowl at the Infinity Music Hall 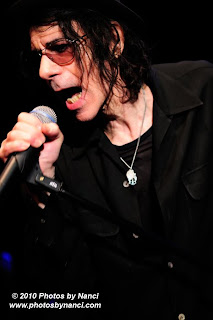 Peter Wolf , of The J. Geils Band fame, brought his Midnight Travelers to the Infinity Music Hall and Bistro in Norfolk CT Saturday night May 22 for what could only be described as one hell of a show! Wolf will return to his role as The J. Geils Band’s front man on August 14 for a gig at Fenway Park in Boston opening for another famous Boston Band-Aerosmith. But until then he’s out promoting his new CD, the first in eight years, “Midnight Souvenirs.” Wolf played from 9 pm until 10:15 then commenced to do 30 minutes of encores! The setlist included: 'Growin’ Pain' 'Long Line' 'Long Way Back Again' Then he gave a nod to the Everly Brothers and played 'I’m Always Asking For You' 'I Don’t Want to Know' He told the crowd the story of first meeting Muddy Waters at Club 47 where he waited outside for Muddy to drive up and when he did, Muddy thought he was with the club and told Peter to start unloading the amps! Wolf continued the story by desc
Read more

Grace Potter at the Bull Moose, Scarborough ME May 27 4-5 PM 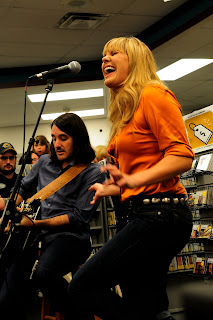 - May 17, 2010
Preservation Hall Jazz Band with Grace Potter and Warren Haynes from Caine O'Rear on Vimeo . For Photos by Nanci photos of the Preservation Hall Jazz band: http://www.photosbynanci.com/loh.html Scroll Down to the Photos of the Band For Photos by Nanci Photos of Grace Potter and the Nocturnals: http://www.photosbynanci.com/gracepotter.html
Read more

The Dancing Queens were out for Bjorn Again

Bjorn Again Lebanon Opera House Lebanon NH May 14, 2010 Sponsored by Lake Sunapee Bank Climb aboard and take a trip back to the 1970s. ABBA a Swedish rock band was hugely popular, crazy polyester clothes were in style and DISCO was all the rage. An unlikely time machine took us there Friday evening May 14, the Lebanon Opera House. The crowd was smiling, holding hands and singing all through the night. The ushers commented on what a great show this was, they’d never before witnessed so much dancing and shear enjoyment by an opera house audience. And the reason for all this joy…BJORN AGAIN. Bjorn Again is a group/troupe founded in 1988 in Australians by John Tyrell and Rod Leissle. Bjorn Again has performed over 5000 shows in over 50 countries; they have even played at the Royal Albert Hall and at Russell Crowe’s Wedding! They have opened for such acts as: Shania Twain, Cher and the Spice Girls. And on Friday night they hit the Lebanon Opera House Stage! Their set list
Read more 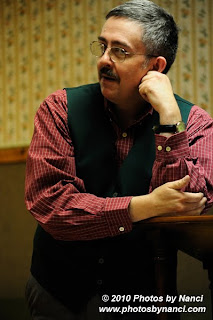 Sprightly Steps Presented by Adam Boyce May 13, 2010 Martin Memorial Hall Hosted by the Weathersfield Proctor Library Adam Boyce, a fiddler and Eastern Square Dance Caller, journeyed to Ascutney VT Thursday evening May 13 to talk to the town folk about the history of country style dance. Boyce explained to the crowd that dancing was brought to America by the Pilgrims (who were not the same as Puritans, hence the dancing). As more immigrants crossed the sea, various styles of “peasant” dance were incorporated into the styles of New England dancing. The Irish brought the jig. “Not many people know how to dance the jig but many fiddlers know how to play a jig”, said Boyce. Most dancing back in the 17 th and early 18 th centuries was performed by the peasants; dancing was an easy affordable form of entertainment for folks with little or no money. Soon Dance Masters started to “teach” dancing and many dance schools open across the United States . A Dance master would arrive
Read more

- May 14, 2010
Grace Potter and the Nocturnals - "One Short Night" from Consequence of Sound on Vimeo .
Read more 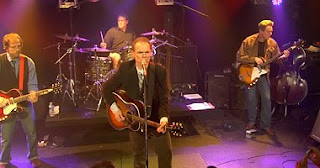 Download a free video of John Hiatt's "My Baby" from by sending a TWEET from @newwestrecords: http://www.newwestrecords.com/tweet-for-track/ It's really a good video!
Read more

Tom Petty Debuts new Video: I Should Have Known It From the Times Argus (PROVIDED PHOTO) By TOM HUNTINGTON Arts Correspondent - Published: May 7, 2010 The success and studio accomplishments of Vermont's own Grace Potter and the Nocturnals have clearly had a positive effect on the music and songwriting skills of three of its members – guitarists Scott Tournet and Benny Yurco and drummer Matt Burr – who together kick out the blues-rock jams in their own five-piece band, Blues & Lasers. Known for its incendiary live shows, the group – which also includes drummer Steve Sharon (yes, the group has two drummers) and bassist/keyboardist John Rogone – has seriously stepped up its game, judging by the results of its sophomore CD, "After All We're Only Human." Instantly noticeable are the group's tighter song structures, more defined melodies and enhanced vocal skills. This is especially apparent when compared to its 2008 live debut EP, a five-song, 40-minute set of raw and hard-charging yet hypnotic Delta blue
Read more 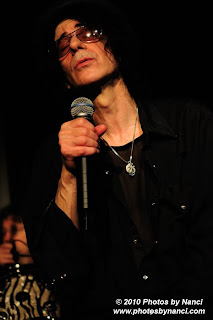 Welcome Back PETER WOLF!! Peter Wolf Tupelo Music Hall Londonderry , NH May 9, 2010   Peter Wolf, the legendary front man for the J. Geils Band, is on the road promoting his new CD “Midnight Souvenirs”. He opened the tour Mother’s Day evening at the Tupelo Music Hall in Londonderry NH . His 20 plus set list included many from “Souvenirs” including: “I Don’t Want To Know”, “Thick as Thieves” which he prefaced by saying it was about “the music industry but let’s not go there”, “The Green Fields of Summer”, and his first single off the CD which he recorded with Shelby Lynne “Tragedy”. He also sang a few from his previous solo release “Sleepless” including “Growin’ Pain” which he opened with, and one of two encores with “Nothing But the Wheel” which melted into “Musta Got Lost”.   Wolf dug back into his past further and really got the SOLD OUT crowd rocking with the old Geils tunes he performed. “Homework”, “NiteTime”, “Love Stinks”, and “Give it to Me”. Wolf mentioned nu
Read more 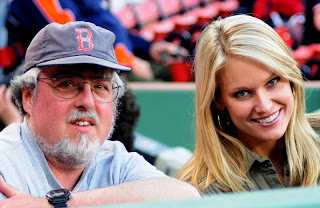 Jay and Heidi Watney The Boston Red Sox beat the Los Angeles Angels Thursday May 6, 2010 Photos from the game are posted on my site: http://www.photosbynanci.com/redsox05062010.html
Read more

Grace Potter has A Message for Ellen 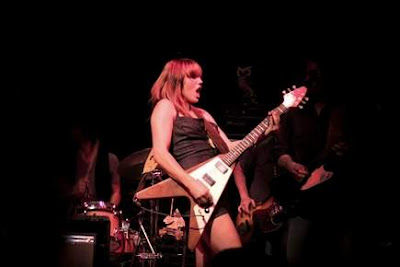 Story and Photo From the Times-Argus By ART EDELSTEIN Arts Correspondent - Published: April 30, 2010 Here's a hot stock market tip. If Hollywood Records of Burbank is selling shares, buy them … a lot if you can afford it. OK, this isn't a finance column, but on the strength of the newest Grace Potter & The Nocturnals CD "Medicine," slated for release in June, this record company should do well as this album should be a big seller. GPN has recorded a strong album. Thirteen tracks of pure, hard-driving, very danceable rock music places this quintet at the verge of national stardom. I don't make this suggestion casually. Potter has been given the Rodeo Drive touch. With long blonde tresses and skirts that barely cover, she is now a "babe." Every effort has been made, at least in the promotion of this album, to scale back the jam band, Vermont-bred aspects of its Waitsfield origins. Potter's Nocturnals have also been reconfigured.
Read more
More posts