- January 28, 2015
Driving home from a show at the Skunk Hollow Tavern in Hartland, Alicia Jenks and Glenn Selwitz followed a fire truck from Exit 8 off I91 along Route 131 in Weathersfield. "Alicia's grip on the steering wheel tightened and we knew, we just knew" said Glenn Selwitz. What they "knew", and within minutes found out was true, was that their beloved farmhouse was on fire on that below zero evening of Jan. 2.

Selwitz begged the fire fighters to let him break in the back to rescue his two cats but the fire was too intense. "I still have my cows" said Jenks "Thank God." The fire destroyed most of the 150-year-old Weathersfield farmhouse that he and Jenks lived in while operating Green Dragon Farm. It also took most all their belongings including a collection of guitars and other instruments Selwitz had.

Still in shock from the fire, Selwitz received a call from his longtime friend and fellow musician Gary Skillings from Alstead NH. Skillings and Selwitz hung out together in the Milford/New Haven area in Connecticut, in their younger days; Selewitz even played bass guitar in Michael Bolton's band for a while. The two musicians were bonded by music. Skillings felt the best way to begin the healing process was through music. “I’m putting on a benefit for you, bro” Skillings recalled his conversation with Selwitz. "We've got musicians today and builders lined up to rebuild when the insurance money comes in, we'll help them get through this."

While Skillings worked to line up the music, the new caretaker of the Weathersfield Center Meeting House, Judy Duhaime, helped organize folks to bring potluck dishes and volunteers for set up and clean up to. "People were calling from far away to ask how they could help out; this is community" said Duhaime.
So on a typical, snowy Vermont Saturday, about 100 family, friends, neighbors, former co-workers and musicians found themselves eating, dancing and raising money for Jenks and Selewitz. One friend drove up from Connecticut bearing a gift for Selwitz, an acetate of one of his first recordings he ever made as a musician. 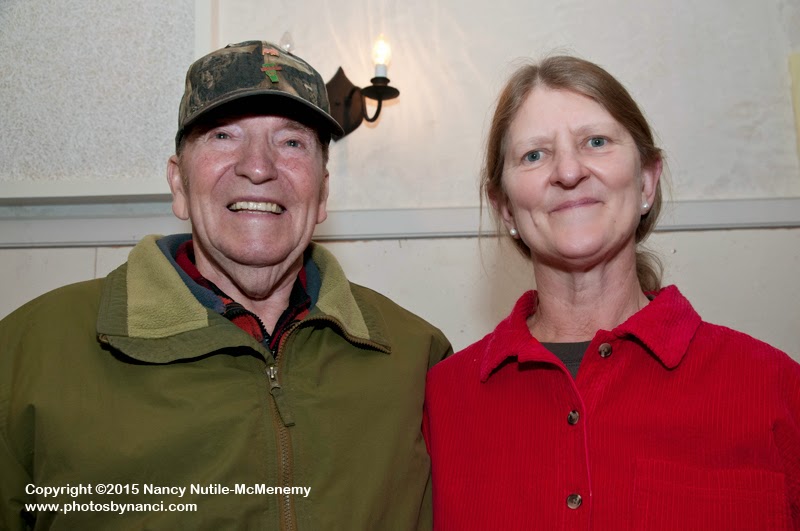 Also on hand was 79 year old Frederick Jarvis who grew up in the farmhouse. He owned the farm before Jenks and Selewitz bought it. He was born in Claremont but said his family moved to the farm on South Mountain RD where he spent most of his life.


Some of the bands that performed Saturday included Skillings band Relic Revue. They shared the stage with Moxley Union a blues group of guys from Springfield VT and Claremont NH. Local favorite, Davey Davis, called for help on stage during his set and said "This is how we used do it, just a bunch of guys playing together, you never know what will happen."

As the sun set, the musicians were still rotating onto the stage and folks kept showing up with more food to share.

Alicia's friends from Hartland Elementary School have set up a fund to help out and donations may be sent to : The Alicia Jenks Fund, c/o The Mascoma Saving Bank, Box 348 Hartland, VT 05048.

And there was talk of another fundraiser/party when the reconstruction of the farm begins. We'll keep you posted here.

Images from the fire: http://photosbynanci.smugmug.com/VermontStandard/January-2015/Green-Dragon-Farm-Fire