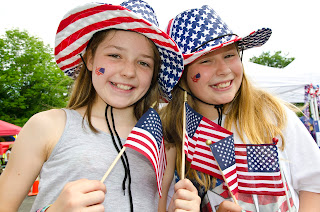 The Town of West Windsor, the village of Brownsville came together on Wednesday July 4th to host a parade in honor or their retiring Constable, Ralph Johnson. After 45 years of service Constable Johnson retired July 1 but still opened the parade route by driving the lead car. The town offered their thanks for his many years serving the town with a float with a banner that town folks signed and decorating for Mr. Johnson. 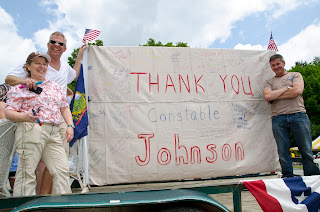 In addition to honoring Constable Johnson, the theme of this year’s Parade was “Vermont Strong” and featured a float of the Bower’s Covered Bridge and the ‘Avengers’ both thanking the town crew and community for rallying after Tropical Storm Irene last summer. The Bower’s Covered Bridge restoration will be completed Saturday July 14 at 8 am with celebrations by the folks of Brownsville/West Windsor. 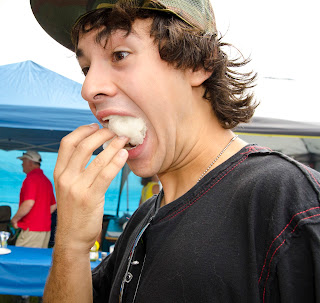 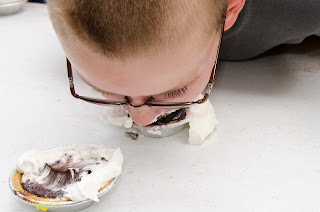 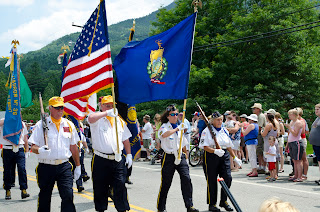 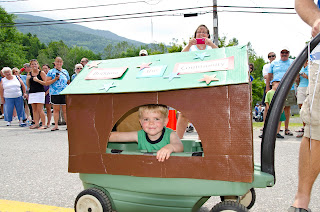 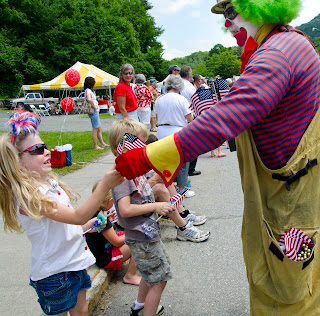 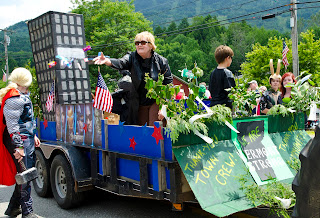