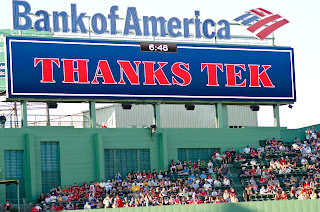 On July 21, 2012 Red Sox Nation gathered at Fenway Park to Thank their Captain #33 Jason Varitek for 15 years of what maybe the last CLASS ACT of a Red Sox Player. 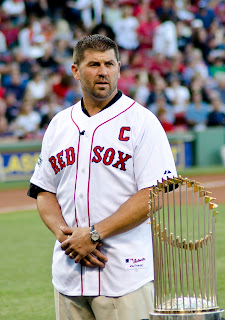 Tek was apparently born to play baseball as seen by his career beginning in Little League straight through his years with the Red Sox. 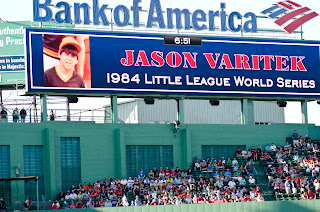 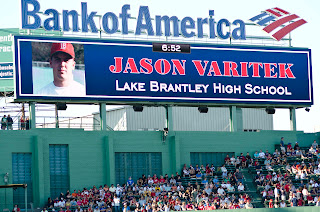 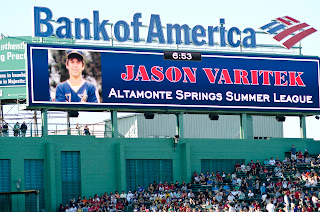 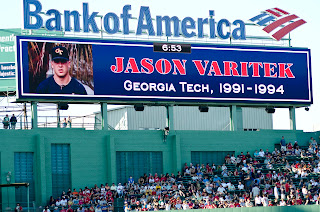 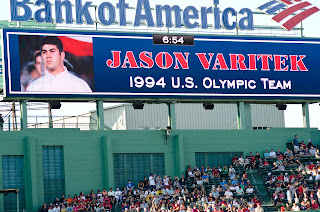 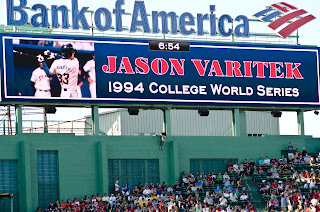 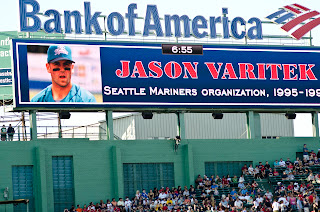 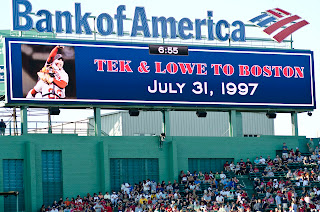 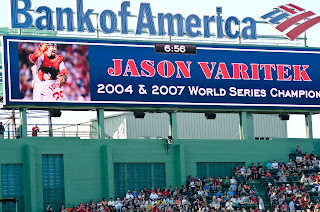 I think Red Sox Nation can collectively say "Thank God for Heathcliff Slocumb!" In 1997, in what some say was the MOST one-sided trade in baseball history, Slocumb was traded the Seattle Mariners for Jason Varitek and Derek Lowe. Tek and Lowe went on to make multiple All-Star Teams and were major factors in the Sox winning the 2004 World Series.

For Tek the 2004 Series win was long over due, in 1984 his Little League Team lost to South Korea 6-2. In 1994, along with former Sox Teammates Nomar Garciaparra and Jay Payton, Tek and The Georgia Tech Yellow Jackets lost the College World Series to the University of Oklahoma. Tek is the only Yellow Jacket to have his #33 Jesrey retired at Georgia Tech.

Tek's time with the Sox was long and not without some low points but overall, he was THE CAPTAIN and will always be remembered that way in the hearts of the Red Sox Nation.
Some highlights of his career were put together by the Red Sox and played at the Ceremony on Saturday.