Crawford and Sweeney Rehab with the Sea Dogs 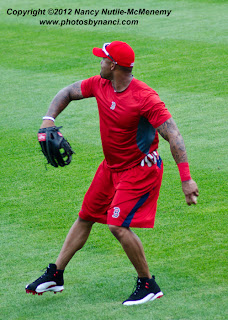 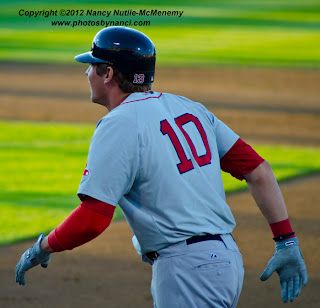 Game Images
Word went out that three Boston Red Sox players on the DL were making a rehab stint with the Portland Sea Dogs who just happened to be playing the NH Fisher Cats Thursday July 5 in Manchester NH.
News reports had Jacoby Ellsbury, Carl Crawford and Ryan Sweeney making their Triple-A Sea Dogs appearance and the ticket sales for the NH Fisher Cats went crazy. However, some fans were disappointed when arriving at the park found out Ellsbury had returned to Boston and would not be in the line up for Thursday's game.
Crawford was lead off and Sweeney was DH.

USA Today Reports:
Crawford, in the midst of a rehab assignment with Class AA Portland (Maine), said he heard one negative comment at Northeast Delta Dental Stadium in Manchester, N.H.
"(One fan) actually called me a racial slur to begin the game with," he said. "He was the only one I had a problem with. People in Boston don't even do that. I don't know what that was about. It's not that bad in Boston like that. But I can understand why people can be upset about me signing a contract and me having the kind of year I had. I understand. They love their team. They want you to produce when you sign a contract like that. I can't be mad at them. All I can do is get ready to play this year and try to produce." The outfielder signed a seven-year, $142 million contract with the Red Sox and hit .255 last year with 56 RBI and 65 runs scored in 130 games.

Of Note:
Outfielder Jacoby Ellsbury, who finished second in the American League Most Valuable Player Award voting last season, hasn't played since April 13.
Ryan Sweeney is on the 15 day DL for a stress fracture to the sesamoid bone in his left big toe.
Carl Crawford could return to the Sox after the All-Star break, he hasn't played at all this season.

This just In:
Carl Crawford injured his groin in Thursday night's game as he slid into third for his 5th inning triple. 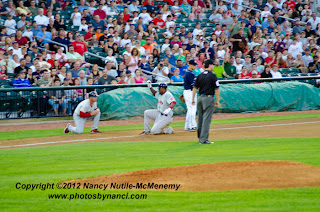