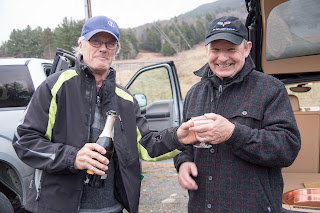 WEST WINDSOR — A pop-up tailgate party was held Tuesday as folks gathered to celebrate the nearly two years of trying to acquire and protect the 468 acres of the former Ascutney Mountain Resort. 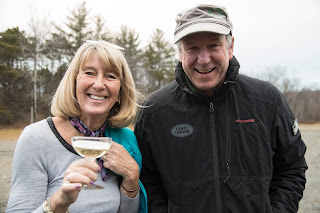 Residents and town officials drank champagne in the parking lot of the resort’s former base lodge the same day the town (with the help of the Trust for Public Lands) wrapped up the purchase of 1,112 acres, expanding the Town Forest to 1,580 acres — ensuring permanent protection and establishing an extensive trail network for recreational use and the

“To have this long-term project come to fruition is just thrilling, frankly,” said former West Windsor select board member and resident Glenn Seward on Tuesday. “While it may seem like the end it’s just the beginning of a lot of good things.”

Seward was instrumental in working with the resort owners to negotiate a purchase and sales agreement. Seward and the board realized a couple years ago that a privately owned ski operation simply was not coming back to the mountain and they wanted to prevent the sale of the property to a developer. Committees were formed and fundraising began. 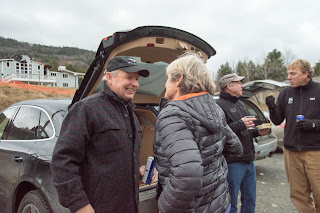 Laura Farrell founded a nonprofit (Mount Ascutney Outdoors) that hopes to start a nonprofit ski hill by February and has already began installing a rope tow at the site.

Mt. Ascutney Outdoors and the Trust for Public Land are inviting the public to celebrate the official dedication of the free rope tow on the mountain on Saturday, Feb. 6 at the inaugural Ascutney Winter Fest.

“I’m psyched,” said Jim Lyall, who has been working since 2006 to bring recreation and tourists back to the mountain and has served on various committees over the last two years. “There are a lot of people who have been holding back because they’ve seen a lot of things not go through here (with the mountain). This is a big step, a big step. No one was ever sure until it actually happened and now that it’s happened the work begins.” 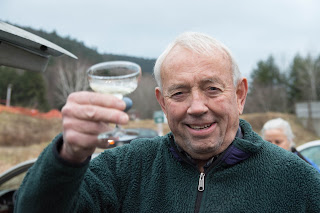 Bill Stillson, a long-time resident of West Windsor, can see the mountain from his front yard.

“I’m pretty excited about the whole thing. Thanks goes out to those with the wisdom, perseverance and patience to see this through,” Stillson said.

The total cost of the Ascutney Mountain Project was $915,000, supported by $302,500 from the Vermont Housing and Conservation Board, $177,050 from Open Space Institute’s Community Forest Fund which invests in the creation and expansion of community forests in Northern New England, and $105,000 from the Town of West Windsor.

The Trust for Public Land is still fundraising until year-end to close its final funding gap.