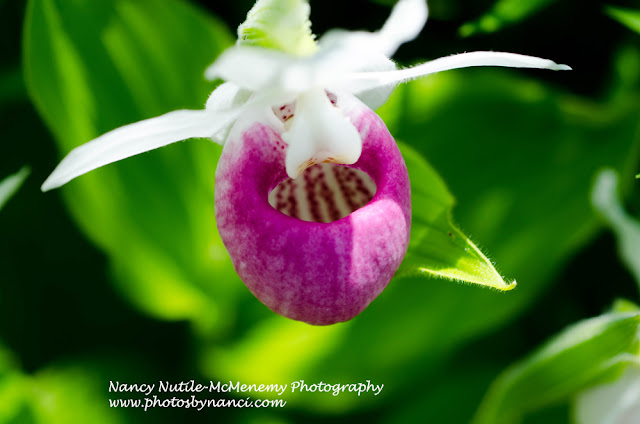 Eshqua Bog is actually a fen. This 40 acre parcel is alkaline and thus a fen not a bog (which is acidic.) This alkalinity provides the perfect environment for the showy lady slipper and other wild orchids that reside in the eight acre wetland. In addition to the wetland this sanctuary has an upland forest. If not for the foresight of a few women in Hartland this area could have become a housing development.

In 1987 the property was put up for sale. A developer wanted to drain the wetland and put up houses. Graceann Ridlon, who belonged to the Hartland Nature Club, and Lillian Marcott began a campaign to save the bog. Ridlon contacted the Nature Conservancy and another dedicated woman, Thelma Hewitt contacted the New England Wildflower Society. The plants in the area were inventoried and funds were raised to purchase and preserve the Natural Area. Two years later, in 1989 the property was purchased for $70,000. 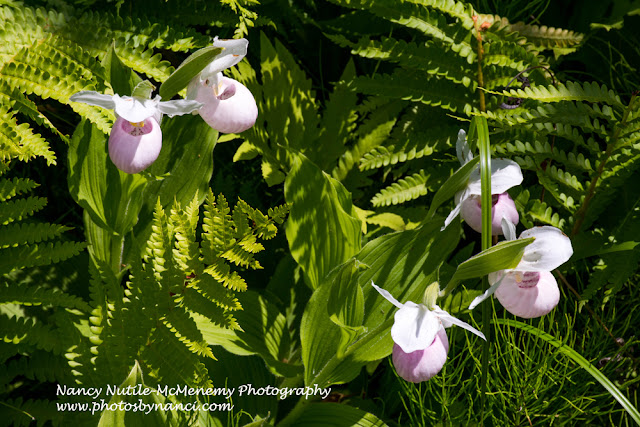 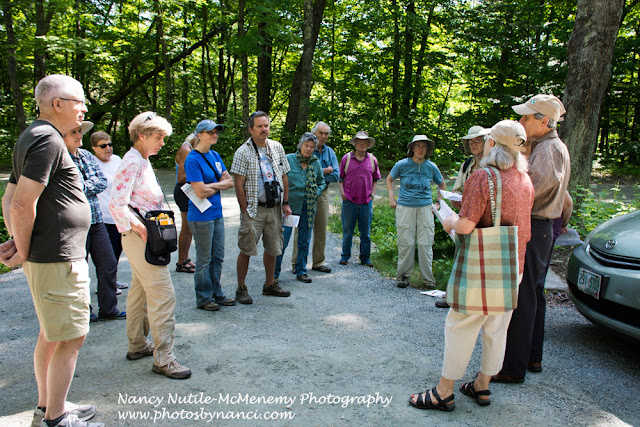 The boardwalk was built in the early 1990's and was replaced to allow ADA accessibility. Other improvements included a new parking area and gravel on the entrance path. On average, the month of June can see 500 visitors to the bog from around the United States and the World, all coming to view the showy lady slippers.

Sunday's guided walk was organized by Tina Barney who works with Vermont Coverts—Woodlands for Wildlife, a non-profit group that encourages the enhancement and protection of woodland habitats for wildlife. More information may be found at: www.vtcoverts.org 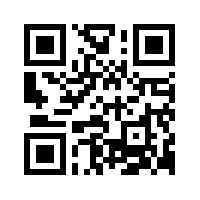