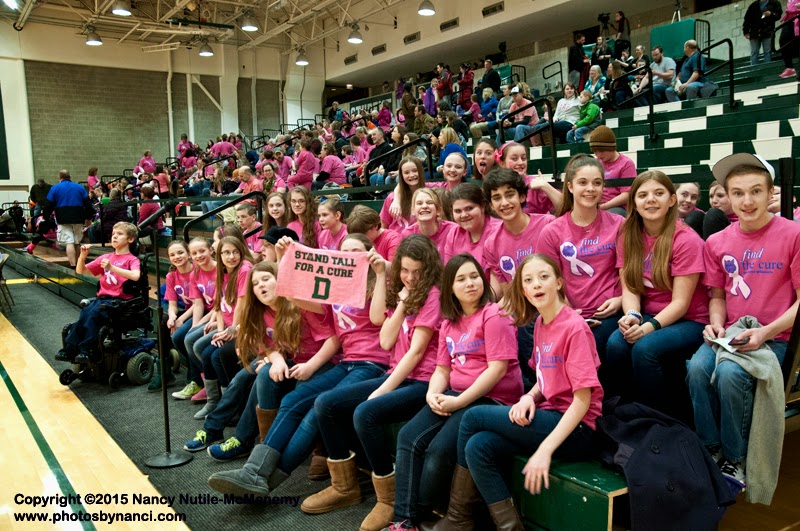 Hartland Elementary School (HES) was a sea of pink on Friday. The morning assembly was pink, the after school programs were pink and the evening field trip bus was pink. All to help raise money for the Norris Cotton Cancer Center in Lebanon NH. 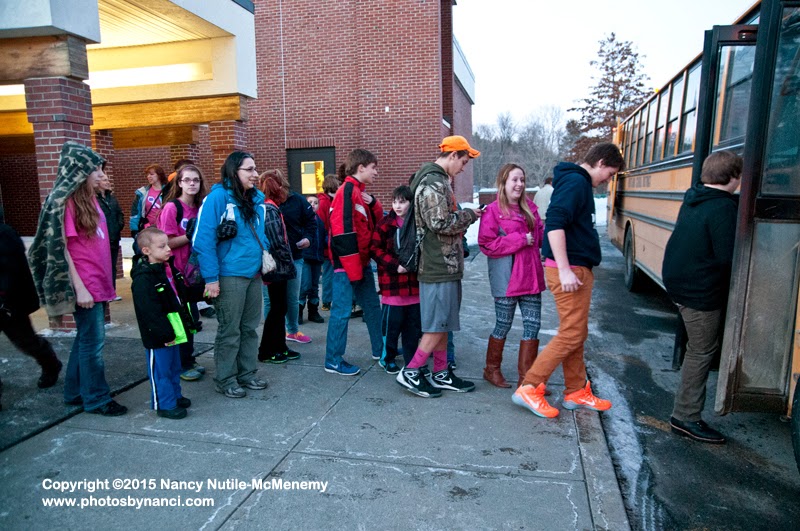 A few months ago the Dartmouth Athletic Department asked the Hartland Elementary School Chorus to sing the National Anthem at their Feb 27 game against Columbia. They accepted. Principal Jeff Moreno found out that this game would be a game for breast cancer awareness at the college. Many HES staff members, Moreno's sister, and wife are breast cancer survivors who are a testament to the critical work that goes on in the research labs at DHMC. 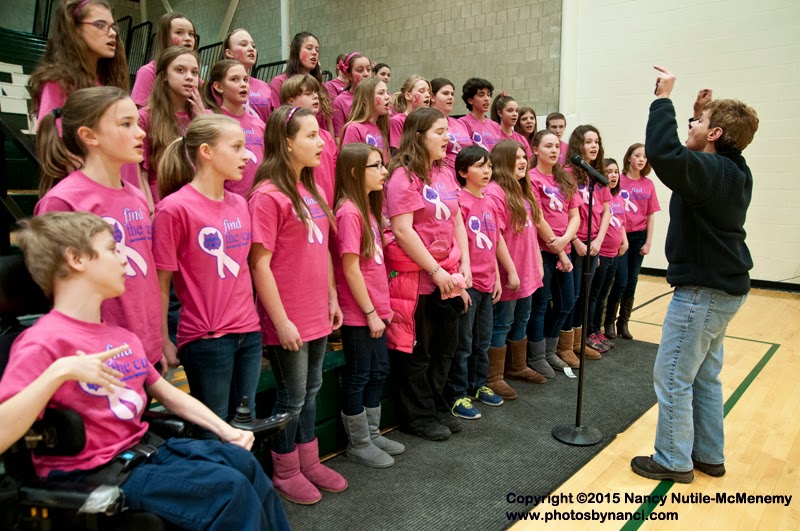 Principal Moreno's and guidance counselor Gene Morse's advisories came up with the Pink Shirt Day idea. "The idea just caught fire" said Moreno in an interview before boarding the buses to Dartmouth. "We've sold over 350 t-shirts and 300 tickets to the Dartmouth Womens Basketball game. The kids just ran with it!"

Moreno said the College's Athletic Director kept taking time out of her day to delivery more tickets to the school office as each batch sold out. "We've sold so many tickets we have two busloads of people heading up to the game."

One bus held the 29 member chorus who sang the National Anthem before the game. "I'm so nervous, way more nervous than ever before in my life" said Logan Dunne, one of the chorus member, "I'll be glad when it's over and I can watch the game."

Money is still being counted but the school raised a lot more than their $1000 goal and will be able to provide Norris Cotton Cancer Center with valuable funds that will be put directly toward cancer research.

The Play 4 Kay game Friday night was dedicated to Coach Kay Yow, former North Carolina State University head women’s basketball coach, was first diagnosed with breast cancer in 1987, and passed away on Jan. 24, 2009, after facing her third bout with the disease. Columbia's Head Coach Stephanie Glance worked with Coach Yow for 15 years. Coach Yow started The Fund and hoped to raise money to further cutting-edge research conducted by the nation’s top doctors and medical experts to allow more and more cancer patients to have access to experimental drugs and clinical trials. To date, The Fund has contributed over $3.9 million in support of women's cancer research.

With the home team stands filled with Hartland Elementary students, teachers, and family members Dartmouth (12-13, 3-8 Ivy) snapped a five-game home winless streak with a solid defensive performance and held Columbia's Tori Oliver, the Ivy League’s second-leading scorer, to just nine points after the Columbia sophomore went 0-for-10 from the field for nearly 35 minutes. Dartmouth Senior Tia Dawson finished with a double-double – 13 points and 10 rebounds — to lead the Dartmouth women’s basketball team over Columbia, 60-50, on Friday evening at Leede Arena. 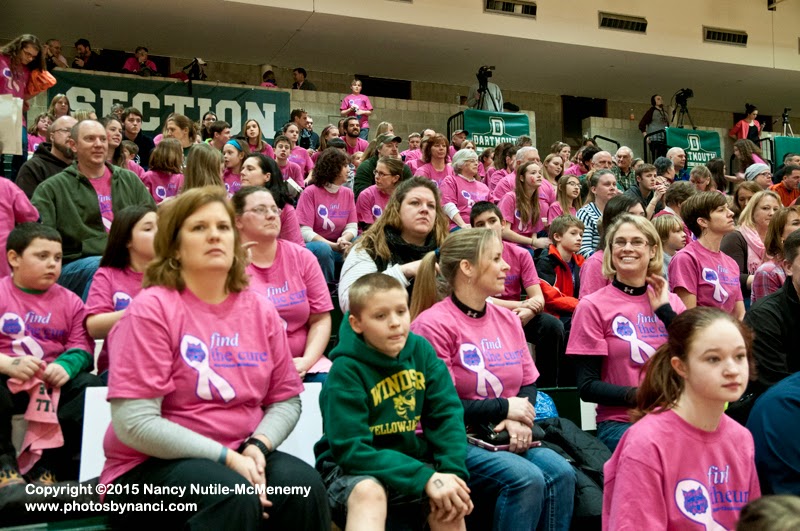