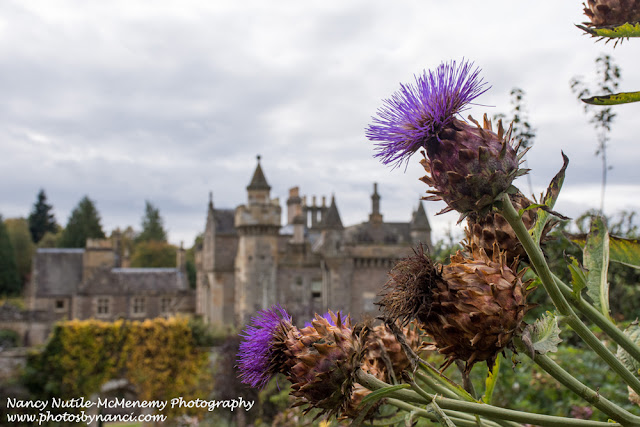 Just back from a fantastic adventure in Great Britain. Visited Scotland, Wales and England. Saw so many things, explored a ton of castles, met so many wonderful people.

I'll be blogging and posting photos over the next week or so...

Our adventure began on Saturday October 7, 2017. We dropped Riley "The Wonder Dog" off at Willow Farm in Springfield, Vermont. Then drove to Newark, NJ for our overnight flight to Edinburgh. With the long weekend, traffic was heavy and the drive was about 5 hours.

Our trip was booked through Go Ahead Tours out of Cambridge, MA. We've traveled with them before to Italy, Ireland, Scotland and New Zealand. We really like how they organize their tours and we've only had great fun with their Tour Guides and Coach Drivers. This tour was their Grand Tour of Great Britain with the London extension.

We flew on United Airlines direct to Edinburgh from Newark. Dinner and breakfast on the flight-no big deal. Watched "Almost Famous" and read my kindle to pass the time.

Landed at Edinburgh and met our tour guide, Nick who put us in a taxi to the Mercure Haymarket. Our room wasn't ready for an early check-in so we walked to Holyrood 9A for breakfast. We discovered this place the last time we visited Scotland so we knew the food would be good. 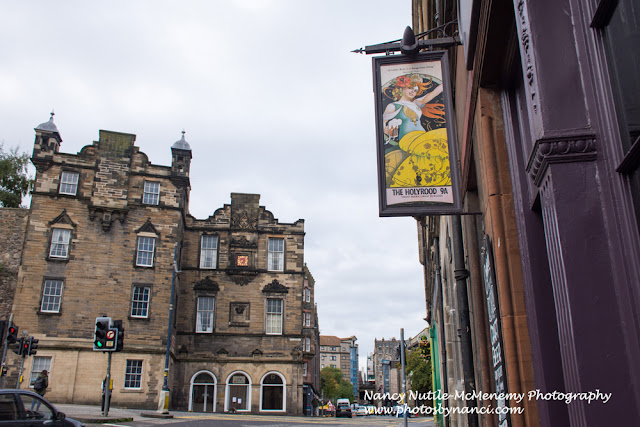 We each had a full Scottish breakfast. Jay had the Black Ball Stout and I had a lovely pot of Earl Grey Tea. 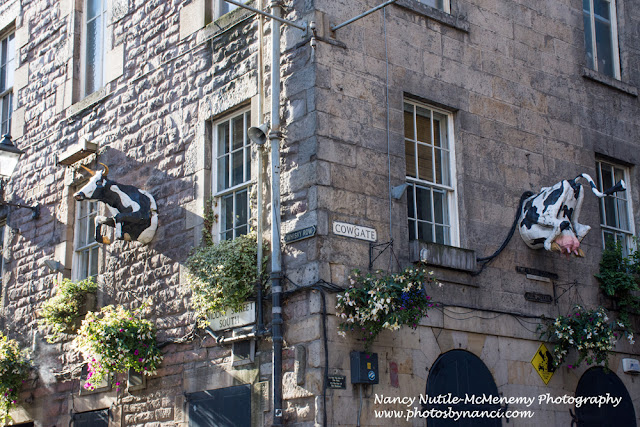 We walked back to out hotel and our room still wasn't ready. We were falling asleep in the lobby when Nick arrived and asked to get us into a room as quickly as possible. Our room was 001, just off the lobby. We crashed hard, woke up, quick shower, unpacked a little and met the rest of our crew in the lobby for our welcome cocktail before dinner. We went around introducing ourselves. Our group was made up of 13 people from around the US and two from Canada.

Dinner was at the Amarone Restaurant. The last time we were on tour in Scotland we had our welcome dinner at an Italian restaurant too. I think a big Scottish dinner with haggis etc, would be a better way to introduce the country but...the food was good so I can't complain. 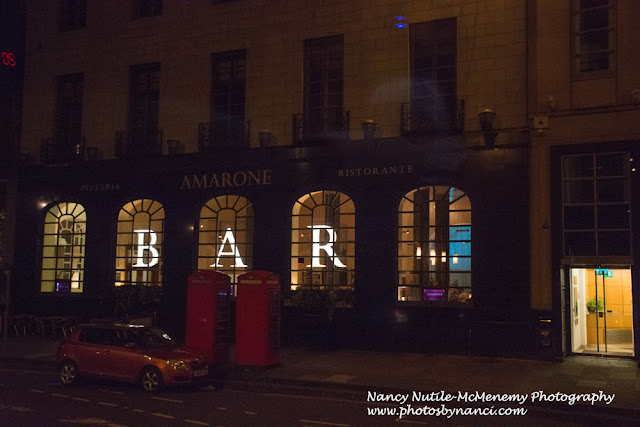 Back to our room and we sleep like logs. Up early for breakfast and to the coach for our Edinburgh city tour and a visit to Edinburgh Castle.

We have a local guide this morning, Ian Lyn and Stewart is our coach driver. We do a tour of the city with Ian pointing out many landmarks. He tells us of many famous people who were born in Scotland like Sean Connery, Ian Rankin, J.K. Rowling, Robert Lewis Stevenson, Arthur Conan Doyle, Alexander Graham Bell and Sir James Simpson-a doctor who first used chloroform as an anesthetic.

We travel along the Princes Street and Charlotte Street where we looked at #6 Charlotte Square (Bute House) to try to catch a glimpse of the Nicola Sturgeon, the current First Minister of Scotland.

We hike up the hill to Edinburgh Castle. 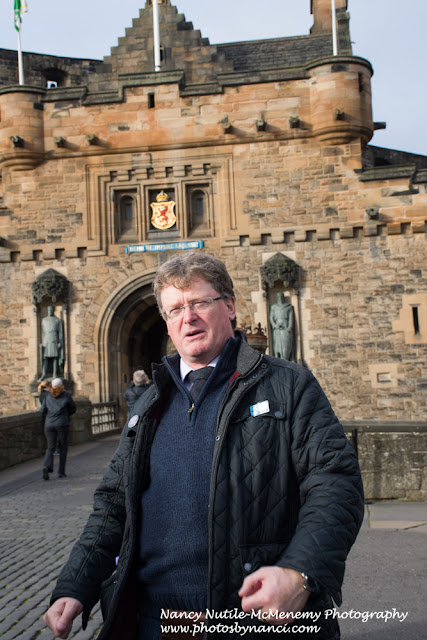 Ian tells how the Scots still haven't forgiven Mel Gibson for Braveheart. A movie that is basically fictional, read made up, account of William Wallace.

Guarding the castle entrance are The Bruce (his heart is buried at Melrose Abbey) and William Wallace. We tour the inner castle and visit the Crown Jewels and the Stone of Destiny (no photos allowed.)

We poke our heads into St. Margaret's Chapel, the oldest building in Edinburgh. 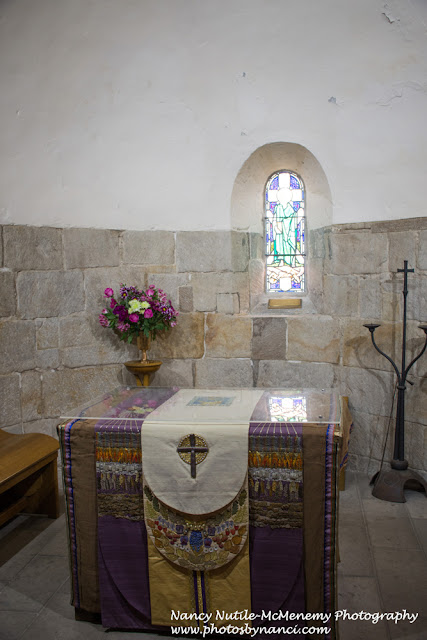 Back outside, the views from the top of this extinct volcano are spectacular. 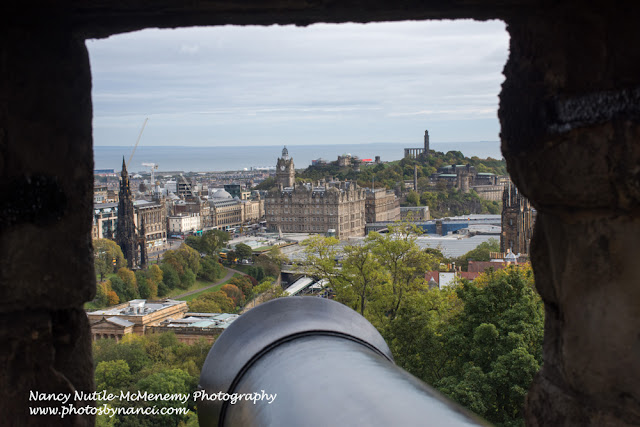 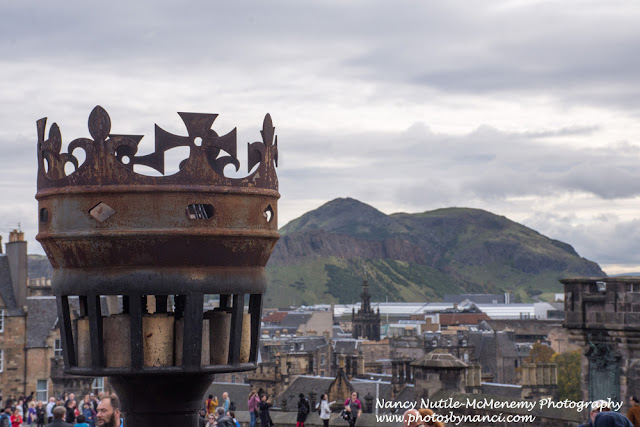 Next stop..Abbotsford. We leave Ian and collect Nick and most of us head to Abbotsford, we'll be visiting the home of Sir Walter Scott. 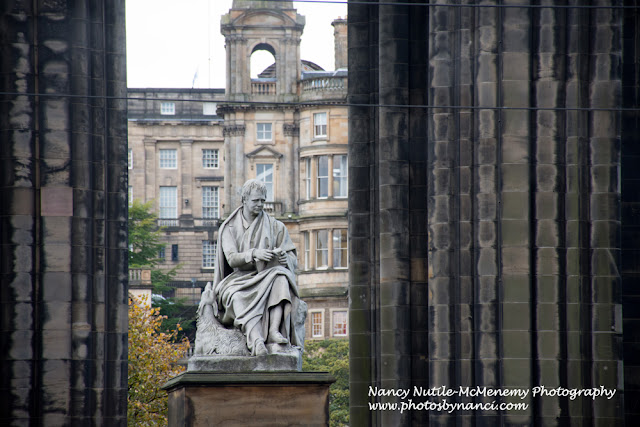 On the bus Nick gives us a crash course in Scottish/English history. We learn about "Bonnie" Prince Charlie (Outlander fans know ALL about him!) We learn of Elizabeth I and James I (James VI Scotland), Mary Queen of Scots, not to be confused with Bloody Mary, Charles I-who was executed!, Oliver Cromwell, the "Merry Monarch", William of Orange, Charles II, James II, William and Mary, and on and on...

The River Tweed is crossed just like the monks did many, many years ago and we arrive in Abbotsford.

We sit down to an included lunch at the Ochiltree: tomato soup and assorted sandwiches and a delicious panna cotta with berry coulis for dessert.

We meet up with Derek, who takes us through the gardens and guides us through Sir Walter Scott's house. I think Scott may have been a hoarder. He collected everything! 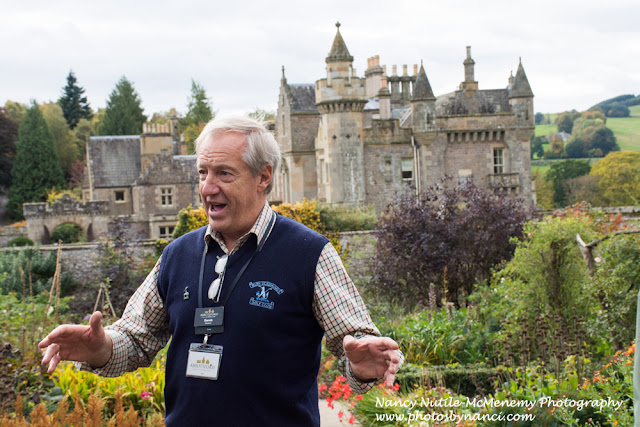 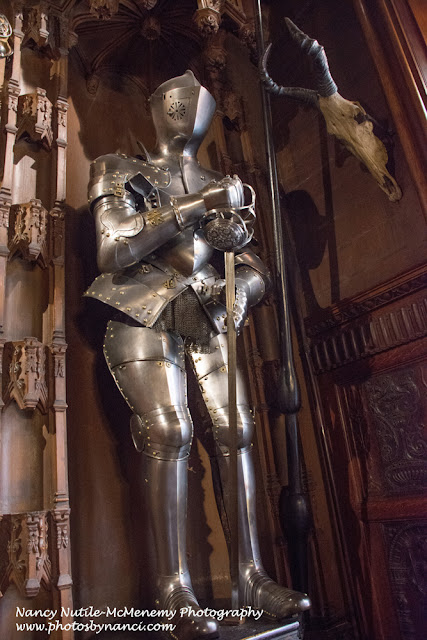 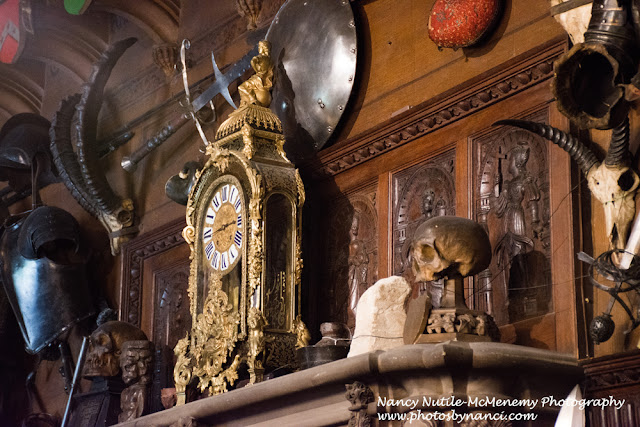 Who was Sir Walter Scott
Five of Walter's siblings died in infancy, and a sixth died when he was five months of age. Walter was born in a third-floor flat on College Wynd in the Old Town of Edinburgh, a narrow alleyway leading from the Cowgate to the gates of the University of Edinburgh (Old College.) He survived a childhood bout of polio in 1773 that left him lame, a condition that was to have a significant effect on his life and writing. To cure his lameness he was sent in 1773 to live in the rural Scottish Borders at his paternal grandparents' farm at Sandyknowe, adjacent to the ruin of Smailholm Tower, the earlier family home.

Although primarily remembered for his extensive literary works and his political engagement, Scott was an advocate, judge and legal administrator by profession, and throughout his career combined his writing and editing work with his daily occupation as Clerk of Session and Sheriff-Depute of Selkirkshire.

He was married and had four children, two sons and two daughters.

After this quick tour of Abbotsford we race on the bus towards Melrose Abbey before it closes for the day. (Most attractions in Scotland are moving to winter hours.) 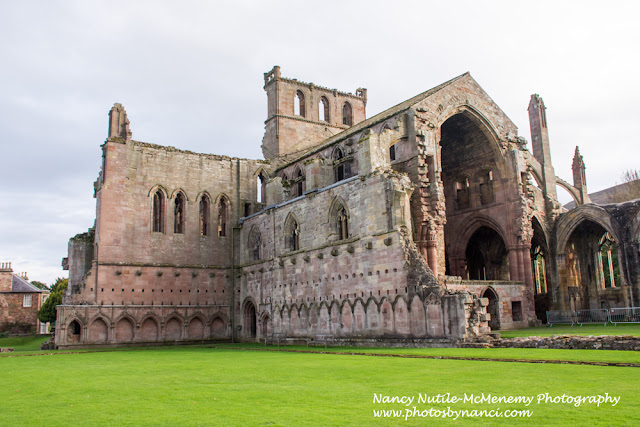 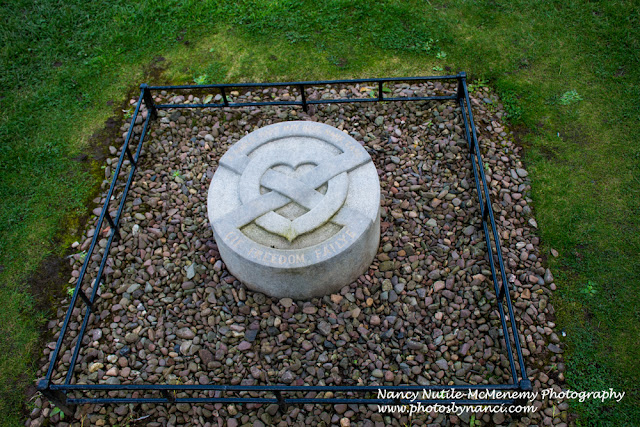 The ruins are very impressive.

Back on the bus, we head back to Edinburgh for dinner on our own. Jay and I eat at OX184. A kind of hipster place but the the longboy grilled chicken sandwich was pretty good. We watch the Red Sox game on my phone while we ate then walked back to our room.
Lights out at 10:30 p.m.
Alarm set for 7:30 a.m. We're meeting our guide Gordon Doyle for a day tour of Outlander venues. 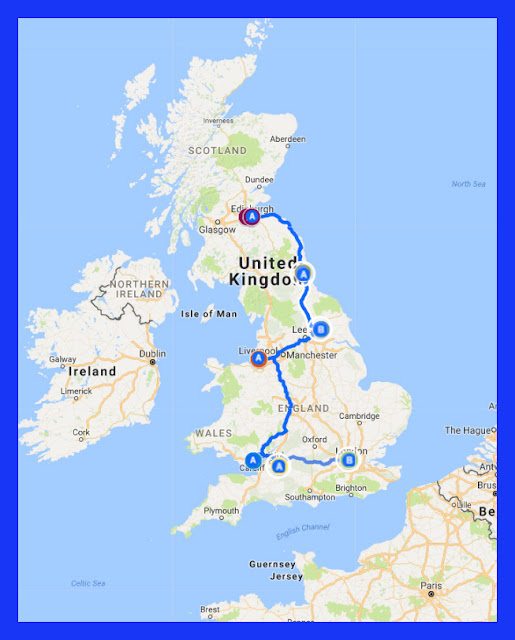