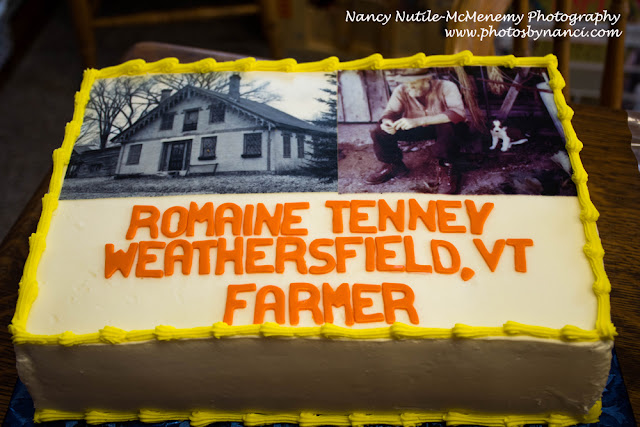 Over 100 people were at the Weathersfield Proctor Library on Saturday, September 3 to celebrate the life of Romaine Tenney. Tenney was a farmer born and raise in Ascutney. He spent all his life on his farm off Route 131. He never married, didn't believe in electricity or power tools and lived his life the way he wanted to, simple and peaceful. 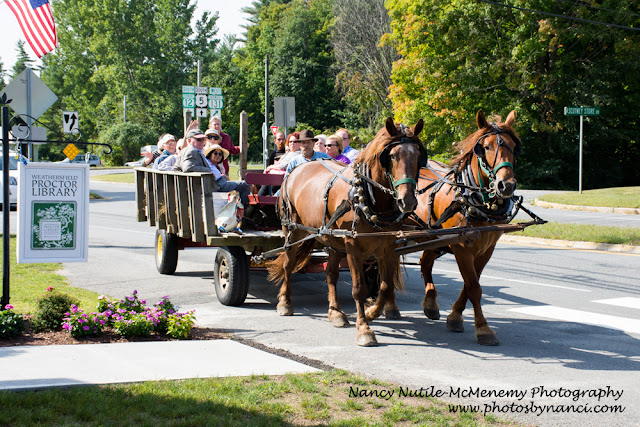 Family members from all over joined folks who lived down the street from Romaine to share memories of this quintessential Vermont Farmer. Smokeshire Hill Top Farm horses Sarah and Betsy carried folks from the Exit 8 Park and Ride (the former site of the Tenney homestead) by horse cart to the library for the celebration. Folks were dropped off to the music of The Sky Blue Boys (formerly Banjo Dan) including a song about Romaine on their new CD release "Sleeping Sentinel" and later heard Vermont historian Howard Coffin speak about the loss of the Vermont way of life. poet Neil Shepard share a poem he penned about Romaine Tenney from his book "Vermont Exit Ramps."

Antoinette Jacobson spoke about working with Coffin and the Tenney family to have monument placed at the Park and Ride to memorialize Tenney and the land that was taken for the highway. A petition was  also being circulated for signatures to have the State put up a historical marker at the parking area. 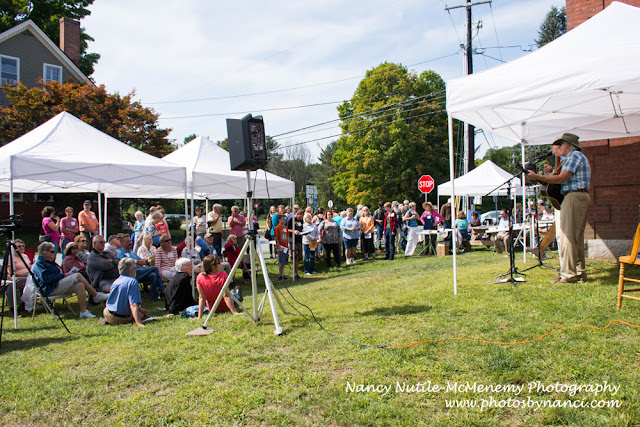 In the spring of 1964 Tenney was told that he had to leave his property; the interstate (Interstate 91) was being built to bring folks from New Haven, CT to the Canadian border and his house was in the way of its progress north. The State of offered him $10,600 to move, he took the State to court. A jury in said the State had to pay him $13, 600. Tenney still said, no. This was to be expected. Over the years Tenney was offered sums of money for various things on, in and around his house and he plain said no. One time he took over three years to decide not to sell an antique wheel barrow to a museum, Another time he was offered $1700 for the leaded diamond shaped windows that had made his house so famous, again he said no.  Tenney said "if I can't have them nobody can have them."

From early April 1964 until September 11, 1964 the highway inched closer and closer to the farm that this 64 year old had spent his entire life on (except for eight months serving in the Army.) There are many accounts of what happened between the morning of Friday, September 11, when the sheriff arrived with the eviction notice and started moving things out of the barns and the early morning hours, when local resident Howard  Fitch saw the sky a glow around 2:50 a.m. Saturday morning September 12. Fitch went to the Ascutney Fire Station (then located on Route 5) and sounded the alarm.

Back then the fire truck pumper was a makeshift water tank on the back of a truck, and only held 100 gallons. Fire Chief Melvin "Red Butterfield" called to Windsor Fire Station for assistance. Once on the scene the volunteer fire fighters realized they were no match for the fire. Farm animals were running loose and Tenney's dogs were frantic trying to get into the house. Butterfield and Rod Spaulding found the doors locked but broken in to look for Tenney. They didn't have the geared fire fighters have today and they had no air packs so they had to turn around as the fire had made the house unsafe to be in. It appeared that the four fires on the property had been intentionally set.

Police and the State Fire Marshall were on scene later on Saturday, September 12, 1964 but even after over 3000 gallons of water were used from the tanker the old bricks were still too hot to look for the missing farmer. Sunday morning while making their way through the debris in the basement area, some bones were found in the springs of an old bed. Nearby they also discovered a heat-fuse remains of 1892 .32 caliber rifle and .32 caliber pistol.

It appeared to all that knew him, Romaine Tenney left his farm on his own terms not the ones dictated to him by the State of and the authorities who were telling him he had to leave this farm he grew up on. He left behind a lifestyle he choose for himself because he truly loved living on this land with his animals. One account says he placed two calves in a water trough so they would be spared from being harmed in the fire. This kind and gentle man said enough is enough, I yield and so he did.

Images from the event: https://photosbynanci.smugmug.com/VermontPlaces/WeathersfieldProctorLibrary/2016-Galleries/Romaine-Tenney/ 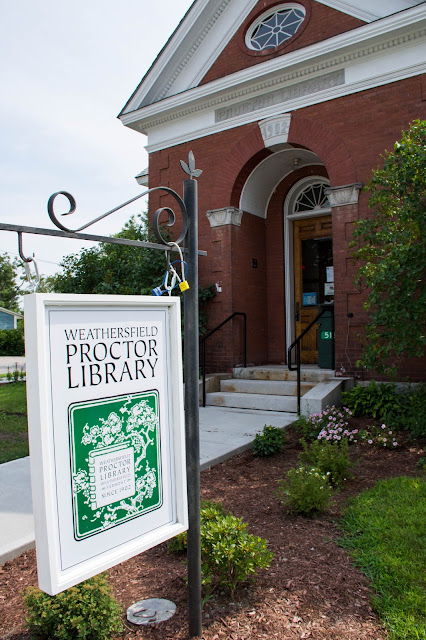